As The Colorado Times Recorder reports, Neville waited until Friday to announce that he would no longer attempt to lead the Republican caucus in the state legislature:

#COLEG NEWS: @COHouseGOP‘s @PatrickForCO announces he won’t seeking another term as Minority Leader, preferring instead to “lead with the grassroots.” #copolitics pic.twitter.com/sKcTVSLqay

This is sorta like when an executive gets fired from a company and the HR department sends out an email explaining that the person left “in order to pursue other interests and spend more time with his/her family.” Neville isn’t announcing his plans on the day that ballots go out in Colorado because he suddenly found a new hobby; Neville is backing down from a fight that he knows he can no longer win. 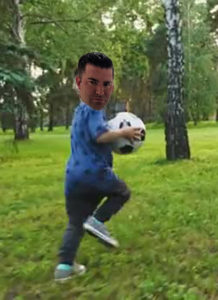 That Neville has served as House Minority Leader since January 2017 is more of a knock on his leadership than an example of his staying power. If Neville were better at leading his caucus, perhaps House Republicans wouldn’t still be stuck in the minority. Neville can be elected once more in House District 45 (Douglas County) before he is term-limited, but there is no chance that Republicans can pick up enough seats in 2020 to give Neville a final term as part of the majority party. Neville is thus stepping back behind the curtain before whatever is left of the GOP caucus rejects his leadership after the election. It would surprise nobody if Neville ends up walking away from his House seat entirely before 2022.

You could see this coming following the June 30 Primary Election, when Neville-backed Republican candidates — who were also supported by longtime partner Rocky Mountain Gun Owners (RMGO) — were wiped out by less crazy Republican candidates. As we wrote in this space on July 5:

Rumors are growing that House Minority Leader Patrick Neville could be in danger of losing control of the GOP caucus after another poor showing at the polls last week. State Rep. Hugh McKean is now in a strong position to challenge Neville for Minority Leader after victories on Tuesday by Colin Larsen (HD-22), Tonya Van Beber (HD-48), Mike Lynch (HD-49), and Dan Woog (HD-63) — all of whom defeated candidates backed by the Neville Clan and their close friends at Rocky Mountain Gun Owners (RMGO). The Nevilles and RMGO also lost badly in SD-23, where their support of Rupert Parchment wasn’t enough to stop Barbara Kirkmeyer from cruising to a double-digit victory.

Back in 2013, the Nevilles appeared to be a budding political dynasty in Colorado, with  Tim “Pa” Neville taking control of the State Senate, Pat Neville running for the State House, and brother Joe Neville directing campaign strategy for legislative Republicans. But there was an inverse reaction to the Neville Clan’s success; as the Nevilles gained more influence, the fortunes of the Republican Party went in the toilet.

Tim Neville ran for U.S. Senate in 2016 and got embarrassed at the state GOP assembly; two years later, Democrat Tammy Story pummeled Neville by 14 points and booted him out of the State Senate. Over in the House, Pat Neville surrounded himself with loyal but useless idiots who had their own electoral problems. Republicans were thoroughly trounced in the 2018 election, thanks to half-assed strategic efforts and dubious campaign spending from Pat and Joe. In 2019, the Nevilles turned to straight-up grifting with their support of several dubious recall attempts of Democratic lawmakers; the embarrassing failures of these silly efforts probably marked the beginning of the end for the Neville Clan.

Pat Neville remained the voice of the House GOP in the 2020 legislative session. By last Spring, he had resorted to blowing dog whistles and positioning himself as the king of the anti-masker movement. His attempt at restocking his caucus with friendly faces was fully exposed in the 2020 Primary Election — losses that probably also led to the departure of RMGO founder Dudley Brown. Pat Neville’s latest grift is raising money for a lawsuit against Gov. Jared Polis for making people wear masks; this “lawsuit” is going nowhere, but the Nevilles will milk small donors over their misplaced anger for at least another few months.

We can only hope that Neville’s political impotence will allow Colorado Republicans to start taking more rational positions on issues such as gun safety, but that’s a discussion for another time. Today, and for the next month or so, the focus is on the end of a ridiculous era for Republicans in Colorado.