Colorado GOP In Chaos After Recalls Crash And Burn

Yesterday afternoon, the recall campaigns targeting state Sens. Pete Lee of Colorado Springs and Brittany Pettersen of Lakewood announced the failure of their efforts after having collected an unknown number of signatures short of the requirement in both districts. This news yesterday afternoon came following Friday’s announcement that the “Dismiss Polis” recall petition campaign gathered less than half the required signatures to qualify a recall question against Gov. Jared Polis for the ballot. Back in June, the recall petition campaign targeting Rep. Tom Sullivan failed after intense national news coverage highlighted the offense of trying to recall the father of an Aurora theater massacre victim for passing gun control legislation. 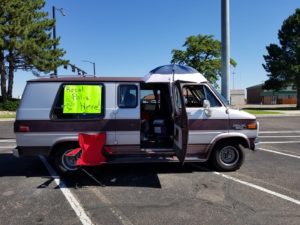 Last March, Rep. Ken Buck was elected chairman of the Colorado Republican Party on a promise to teach Democrats “how to spell R-E-C-A-L-L.” The ill-fated recall attempt against Rep. Tom Sullivan was filed by Colorado Republican Party vice-chair Kristi Burton Brown, who subsequently tried to distance the party from her actions as it became clear to all parties that a serious political and moral error had been made in attempting to recall Rep. Sullivan.

The recall campaign against Gov. Polis kicked off, as readers know well, over the strenuous objections of the “Official” Recall Polis committee who (as it turns out correctly) predicted the effort would fail. Two competing fundraising operations nominally dedicated to the same extremely unlikely goal of recalling Gov. Polis confusingly solicited Republicans for funds, and laid out opposing but always unrealistic visions for how the recall would proceed. In the end the “official” committee denounced the petition drive managed by GOP attorney Korry Lewis, and wrote a big check to Colorado For Trump in hope of deflecting allegations of defrauding its donors–in spirit if not in legal point of fact.

The Polis recall petition campaign claimed to have collected around 300,000 signatures, less than half the required total let alone the 30%+ margin required to cover invalid signatures during the verification process. Because these signatures will never be turned in, no one will ever know if even these claimed numbers are accurate. Likewise with the now-dead recall petition drives targeting Sens. Lee and Pettersen–those campaigns did not disclose even an estimate of signatures they had collected, and it would be impossible to verify any number they provided. On the other hand, Democrats used these petition drives to mobilize large canvass operations in the targeted districts, giving them a jump on the next cycle. 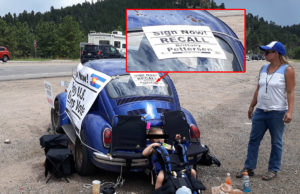 The collapse in just the space of a few days of recall campaigns that have dominated political news coverage in Colorado for most of 2019 has been so stunning that the magnitude of the defeat for Republicans risks not being fully digested by the relentless news cycle. There’s an understandable desire in the wake of this defeat to lay blame on the recall organizers, from the freaks and ghouls of the Polis recall to Nancy Pallozzi, the silly-season caricature who ran the recall campaign against Sen. Pettersen in SD-22 after losing to Pettersen by 20 points in her House race three years ago. In retrospect, yes, these were fringe types who did not deserve the attention they were paid–but the responsibility for what they did goes right back to GOP chairman Ken Buck, House Minority Leader Patrick Neville, and every other high-placed Republican who led the party to this state of ruin instead of preparing for the next general election in 2020.

The red-on-red recriminations are already starting. Buck’s absentee leadership of the Colorado Republican Party while radical subordinates like Kristi Burton Brown run amok, the chokehold of the Neville clan and Rocky Mountain Gun Owners (RMGO) on the GOP House caucus as well as county sheriffs and party organizations across the state, occurring against the backdrop of the Republican Party’s massive losses in Colorado in the 2018 elections–all of this is now a burning issue for every Colorado Republican who wants to avoid another wholesale disaster in November of 2020.

Over the years as Republicans have faced ever-greater defeats in Colorado both in accordance with and opposed to national trends, voices within the party have made half-hearted and in many cases disingenuous calls for a fundamental shift in direction. After sweeping losses in 2012, Republican strategists Josh Penry and Rob Witwer said flatly that Republicans “must improve or die”–and then Penry in particular got rich as a grifting “consultant” for losing Republican campaigns. In 2016, two-time gubernatorial loser Bob Beauprez, himself no stranger to fringy self-destructive politics, tried unsuccessfully to purge the GOP’s slate of legislative candidates, incumbents and fresh faces alike, whom he believed were doing more harm than good for the party in the long term.

Today, Colorado Republicans find themselves at another such crossroads. Almost a year has been wasted in foolish pursuit of revenge for the losses of 2018 instead of getting ready to minimize what’s shaping up to be yet another Democratic wave in 2020. The state party is in the hands of unserious radicals who do not possess elementary political sense based on their own actions, and still tightly bound to RMGO and the Nevilles even as it costs them their last vestiges of relevance.

The hole they’re in today is every bit as deep, with no one but themselves to blame.