In an interesting display of questionable ethics, both the Gazette editorial board and Njegomir wrote negative pieces about Arnold in the months leading up to the administrative law court case last week. Neither disclosed their connection to an entity Arnold was suing. At least not until a separate media outlet disclosed that the nonprofit paid Njegomir for his services. And even then, using the word “disclosure” in this context hardly fits. Instead, Njegomir wrote an odd blog post about the fact he had been subpoenaed by Arnold in the case and blamed Arnold of engaging in “plain-old payback.”

Njegomir has the plausible (and somewhat tongue-in-cheek) defense here that he couldn’t have known Arnold had filed suit against someone who had once hired him as an investigative reporter — after all Arnold is involved in that many lawsuits. But still, it looks really bad.

Damn, $20,000 for Facebook ads? (Judge's ruling in a lawsuit against a political nonprofit in Colorado run by a ex-GOP US Rep. Bob Beauprez) pic.twitter.com/nVoLPX7ztS 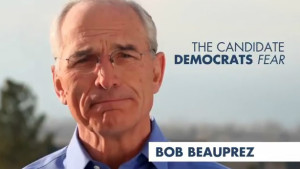 We wrote last summer about an unusual red-on-red fight pitting Colorado Republican kingpin Bob Beauprez against a slate of Republican candidates and incumbent lawmakers. The intent appears to have been to “purge” the Colorado General Assembly of Republicans Beauprez considered too off message, and was partially successful–the group spent against losing Republican incumbents like Janak Joshi and Gordon “Dr. Chaps” Klingenschmitt, but was less successful against other incumbents like Rep. Lori Saine.

One thing Beauprez’s Pioneer Action campaign against fellow Republicans did do smashingly well was infuriate allies of the Republicans targeted. In due course, longtime Republican gadfly Matt Arnold filed suit against Pioneer Action alleging that its activities were incompatible with the organization’s tax status.

Dan Njegomir has earned his bread and butter via his political firm, NewsSpeak Media LLC.

This outfit has worked for various political causes, including opposing oil and gas regulations in 2014…NewsSpeak was paid $20,000 for that. More recently, NewsSpeak was paid more than $20,000 by Colorado Pioneer Action, a politically active organization run by former gubernatorial candidate Bob Beauprez, according to Matt Arnold, who runs Campaign Integrity Watchdog website. [Pols emphasis]

The Colorado Independent’s Corey Hutchins reported earlier this month about the testy exchange between Njegomir and Arnold in court:

Njegomir said he produced content about the lawmakers that Colorado Pioneer Action posted online. He stressed that he was hired to look into their conduct as sitting public officials — not as candidates for office — and hold them accountable. He said he was hired to “cover them as journalists would.” For instance, he looked into a charity Klingenschmitt ran, he said, that “we thought over time seemed to raise ethical questions.”

Njegomir said he also worked with an entity called Colorado Government Watch, a group run by a Colorado Springs-area political consultant named Dede Laugesen. Asked if he was paid by that group, Njegomir said he did not know.

…Arnold repeatedly asked Njegomir if Klingenschmitt and Joshi were “candidates.” “Knock it off with the candidate stuff,” Njegomir responded, his voice rising, “because part of my stock and trade [was] not getting involved in politics with that project, and you’re not going to box me into it.” 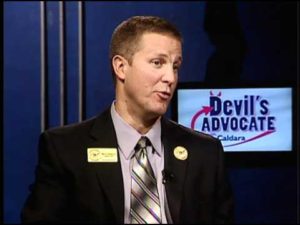 So we’re clear, folks, the odds that Dan Njegomir was not aware that Janak Joshi and Gordon Klingenschmitt were candidates at the time they were targeted by Pioneer Action are somewhere in the neighborhood of 0%. In fact, it’s patently ridiculous. If Njegomir, a longtime Colorado Republican political operative, really did not know that Joshi and Klingenschmitt were running again, he should never work in Colorado politics again–let alone write for a major newspaper’s political blog.

And that’s at least part of the reason why, as Arnold triumphantly reports today on his blog:

CIW’s Complaint alleging Colorado Pioneer Action’s failure to register with the Secretary of State as a “political committee” violates state law requiring federal entities (CPA is registered as a 501c4 “social welfare organization” enjoying tax-exempt status) acting to “support or oppose” candidates for elective office to register and disclose campaign activity in Colorado was found to be meritorious, and the group has been ordered to register as a “political committee”, file reports disclosing the organization’s finances (including the identity of CPA contributors) and pay penalties in the amount of $17,735 (a 90% reduction from the amount allowed by statute, which would have totaled $177,350).

The Administrative Law Judge found the explanations of Bob Beauprez that CPA’s activities were not intended to support or oppose candidates “not persuasive” – noting that Beauprez “admitted that CPA and its contributors found certain candidates acceptable and others not” – in finding that CPA’s “major purpose” was indisputably focused on influencing elections. [Pols emphasis]

In other words, Pioneer Action was found guilty of exactly what Arnold accused them of, and exactly what Njegomir denied on the witness stand. It’s an enormous credibility hit to Dan Njegomir and Bob Beauprez, and a major vindication for Colorado’s premiere political gadfly.

And this ruling might not be the end of the story. An ugly ulterior motivate for Njegomir’s columns attacking Arnold has been exposed here. That Njegomir was paid $20,000 by Beauprez’s group should have prompted Njegomir to hand off “coverage” of the Arnold case to somebody else. The eye-popping conflict of interest in Njegomir being paid by Pioneer Action, followed by relentless attacks on Arnold in Njegomir’s official capacity at the Gazette, raises fundamental questions about that paper’s journalistic ethics.

Arnold got more than he bargained for when he turned over this particular rock. Stay tuned for more fallout.