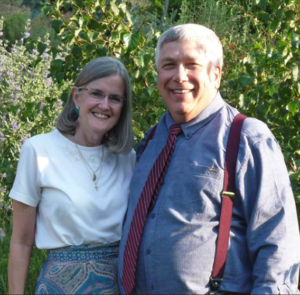 A very quiet Republican vacancy committee in Jefferson County has selected a new candidate for State House in HD-25 after incumbent Rep. Tim Leonard (R-Evergreen) decided to drop out of the race on account of being a deadbeat dad.

Steve Szutenbach is the Republican candidate running against Democrat Lisa Cutter for what is now an open seat. Leonard, who remains the only sitting legislator in at least 40 years to have served time in jail, dropped his re-election bid earlier this month but will remain a State Representative until January.

Here’s a short bio of Szutenbach posted by the Jefferson County Republican Party on its Facebook page:

Steve was born in Chicago, IL. and raised in Florida. Steve is an Air Force veteran having served 6 years of active duty and 8 years of reserve duty. Steve has worked as a contractor for the Department of Defense with Science Applications International Corp., Affiliated Computer Services and Lockheed Martin in the field of Information Technology. He was also project manager and business development lead for Frankie Friend, Inc. a Denver based company focused on nuclear engineering projects for the Department of Energy.

Steve currently is a small business owner working on patenting new products. Steve is no stranger to Colorado politics having served as aide to Senator Tim Neville for 5 sessions. [Pols emphasis]

It shouldn’t come as much of a surprise that another acolyte of Jefferson County State Senator Tim Neville has advanced through the bizarre underbelly of Jeffco GOP politics. The vacancy committee interviewed just three “finalists” for the race before deciding on Szutenbach.