“It is my duty to protect the integrity of the House of Representatives, and it is troubling when a member does not uphold the law,” Speaker Hullinghorst said. “It is absurd to imagine Rep. Leonard taking a seat on the House Education Committee, to which he was reappointed just last week by Minority Leader Neville, and making important decisions for Colorado’s students when a judge has prohibited Rep. Leonard from making educational decisions regarding his own children.”

Republican lawmaker Tim Leonard (HD-25) will spend the next two weeks in jail for violating a contempt of court order related to an ongoing family legal issue. As Marianne Goodland reports for the Colorado Independent:

A Jefferson County magistrate sentenced state Rep. Tim Leonard of Evergreen to 14 days in jail on contempt of court charges related to his 2013 divorce. A sheriff’s deputy handcuffed Leonard and led him from the courtroom Friday afternoon just after 2 p.m…

…Leonard ran afoul of Magistrate Marianne Marshall Tims in September over what the court said were multiple attempts to interfere with his ex-wife’s sole authority to make educational decisions for their four minor children. 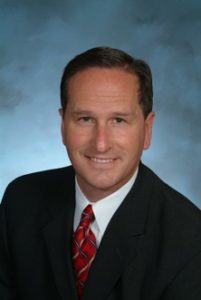 Leonard becomes the first sitting lawmaker in at least 40 years to serve time while in office, according to longtime Capitol observers. [Pols emphasis]

Leonard’s stint in the pokey seemed to be a foregone conclusion back in October, when he angered a Jefferson County magistrate for repeatedly refusing to obey court-ordered mandates that he not interfere in education decisions related to his children.

As we wrote in this space on October 22:

There appear to be three issues in this story for Rep. Leonard to explain: the two lesser being his willingness to risk jail time in opposition to standardized tests and iPads being used in education. Leonard, a right-wing education “reformer” in the recalled Jeffco school board majority mold is certainly not alone in his opposition to either–though the described extent to which Leonard is taking his opposition could be reasonably considered, you know, lunatic.

The larger problem, of course, is that Leonard is forcing these educational decisions on his children despite his wife’s court-imposed sole authority to make such decisions. And the story suggests that this indicative of an uglier side of Rep. Tim Leonard than has been publicly understood up to now.

Leonard was appointed to the seat in HD-25 by a Republican vacancy committee earlier this year following the resignation of half-term lawmaker Jon Keyser. Leonard narrowly avoided losing to Democrat Tammy Story in his first General Election effort last month.