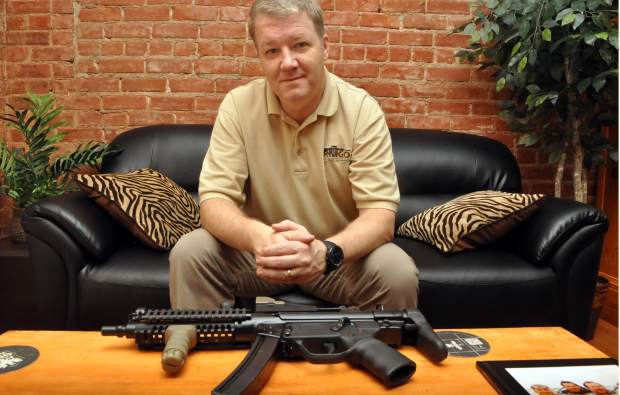 9NEWS’ Marshall Zelinger tallies the damage for the once-feared “no compromise” gun rights advocacy group Rocky Mountain Gun Owners, infamous over the course of many years for its ruthless bullying of fellow Republicans and backing a slate of fringe primary candidates in safe Republican seats, in last week’s primary elections–and there’s little question the 2020 Republican primary was a wipeout unlike anything the organization has experienced before:

In Senate District 23, which includes eastern Fort Collins, and straddles Interstate 25 by Longmont and Loveland, RMGO-supported Republican candidate Rupert Parchment lost to Weld County Commissioner Barbara Kirkmeyer. She defeated Parchment 55%-45%, to be the Republican nominee on the November ballot…

As the Denver Post’s Saja Hindi reports, longtime RMGO executive director Dudley Brown, once one of the most imposing figures in far-right Colorado Republican politics, is stepping down in considerable disgrace after the organization’s chosen candidates in the 2020 GOP primary were routed:

The group has had significant influence on Colorado politics over the years, blocking some gun legislation and getting its favored candidates elected. But RMGO has suffered some recent blows, including the 2019 passage of Colorado’s red flag gun law and a June state Supreme Court ruling upholding a large-capacity gun magazine ban. Most recently, many of RMGO’s candidates did not win in contested GOP primaries for statehouse and county commissioner seats last week.

The organization has faced some criticism — even from within the GOP ranks — for its tactics. The family of House Minority Leader Patrick Neville has been closely aligned with the group, and recent RMGO losses could add steam to talk of removing him as caucus leader…

It’s too early to tell if this significant change of fortunes for an organization that has traditionally wielded tremendous influence within the Colorado Republican Party represents a long-term shift in direction of the party, or a momentary nadir for the party’s still very powerful hard-right faction. A major nexus of RMGO’s influence over the Colorado GOP lies in the Neville family political machine, and the support for House Minority Leader Patrick Neville in the House minority caucus that survived the disastrous 2018 election and innumerable embarrassments committed by Neville since then.

Without question, there is a significant wing of the Colorado Republican Party deeply unhappy with the dominance of RMGO and the Neville Clan in GOP primaries, understanding that their choice of candidates is ruining the party’s chances with general election voters:

“They’re single issue,” said Will Sander, Weld County GOP chairman. “I think it’s a combination of that and people just realizing that there’s a history of RMGO candidates being successful in the primary and then not winning in the general election, and I think Republicans are tired of that and they’re ready to take back the House and take back the Senate.”

Ridding the legislature of such profound embarrassments as Vicki Marble, who did damage to the Republican brand far outside their districts, is a goal that has been long held by more than a few Republicans dismayed by the party’s decline. But looking at the current leadership of the state party, from Rep. Ken Buck as chairman to RMGO ally in the failed recall attempt against Rep. Tom Sullivan vice-chair Kristi Burton Brown and down through the ranks, it’s clear that the problem runs much deeper than any one figure or group. The Colorado Republican Party’s lurch to the irrational right in recent years is consistent with the party’s evolution nationally. In Donald Trump’s Republican Party, the pressure to radicalize comes from above and below.

At some level, you can’t purge your nature. Dudley Brown is a symptom of a larger disease.