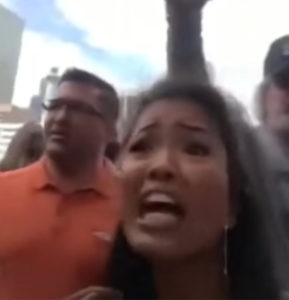 Colorado House Minority Leader Patrick Neville announced his intention to file a lawsuit against Gov. Jared Polis’ statewide mask order over a month ago, and as the Denver Post’s Saja Hindi reports, Neville intends to file this week after a month of we have no reason to assume was not very successful fundraising:

“Let’s have a thorough, full debate through all the different people,” Neville said. “Let’s get citizen input. Let’s have that process go through. Right now it’s – Polis says so. King Polis says so.”

The governor issued the following statement regarding the lawsuit:

After the initial announcement from Neville back in July soon after the mask order was issued, we didn’t hear much about this until yesterday–not that anyone expected he wouldn’t follow through. We don’t how much money Neville raised over the last month to finance this lawsuit, but given the degree of generalized agitation on the far right for which masks have become a focal point, we’re not going to underestimate the possibility that it could be a lot. Since the funds appear to have been raised through Neville’s independent expenditure committee Take Back Colorado, we should find out eventually how much was raised during the period.

The announcement that nationally prominent right-wing columnist Michelle Malkin is joining the lawsuit as a co-plaintiff is sure to attract a lot more fringe attention to the effort. Malkin’s increasingly close association with the GOP House Minority Leader, even after Malkin was cancelled by mainstream conservatives once she became an unapologetic defender of Holocaust denial and openly white supremacist alt-right leaders, is of course not a good look for any Colorado Republican hoping to appeal to non-racist, mask mandate-supporting voters–who despite the disproportionate noise made by the COVIDiot fringe are in every poll the overwhelming majority. Also, the governor very clearly has the power to enact a mask order under Colorado law.

But again, in discussing the actual issue here, we’re missing the point. For the sputtering Neville political machine, it’s not even about Republicans winning anymore–2018 and the 2020 Republican primaries settled that question.

It’s about faking relevance, and keeping the funds rolling in.