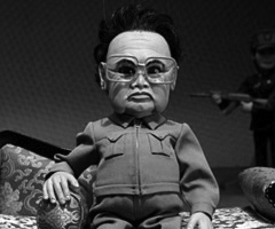 Inheriting power from his father in 1994, he led his nation through a devastating famine while frustrating the U.S. and other global powers with an on-again, off-again approach to talks on giving up nuclear arms in return for energy and other assistance. Kim was one of the last remnants of a Cold War-era that ended years earlier in most other countries…

CBS News correspondent Celia Hatton reports news of Kim’s death was met with a flood of televised emotion in North Korea, as state TV showed orderly columns of state officials weeping dramatically, and ordinary North Koreans beside themselves in apparent grief on the streets of Pyongyang.

In South Korea, however, like much of the rest of the world, the news provoked concern. Hatton reports that South Korea put its military on high alert Monday, even calling off-duty troops back to work in the event of any provocations from the North.