2020’s Top Story (Tie): The Pandemic And The Struggle For Justice

If there’s anything we’re sick of in these first days of January 2021, it’s coming up with fresh superlatives to describe the year that just ended. 2020 in the United States and in Colorado was one of the most challenging years in the lifetimes of everyone now living–a true annus horribilis if ever there was one. As we attempted to sort out the top ten stories of political importance in the state of Colorado in 2020, it became clear early on that two separate but intertwining storylines that dominated the news last year needed to be given parity at the very top: the COVID-19 pandemic, and the racial justice movement catalyzed into renewed action by the most recent spate of deaths of Black men in police custody. 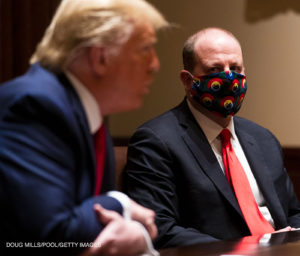 Although Colorado began 2020 dimly aware of a fast-spreading respiratory infection first detected in China in December of 2019, most of us expected at that time that what would become known as COVID-19 would remain a remote threat, perhaps with some high-drama stories about stopping the disease at the border or the first hospital before it could spread. This false sense of security was deliberately promoted by President Donald Trump in the early months of 2020, even though we now know Trump was fully lucid about the danger. The deliberate choice by the Trump administration to downplay the pandemic initially, then to politicize to necessary measures taken by state and local governments to control the spread, is a principal factor in America now having the most cases and deaths from COVID-19 of any nation on Earth.

In Colorado, our Democratic-controlled state government responded to the dual threats of the pandemic and politicization of the response as best they could with limited resources and haphazard-at-best federal assistance. Gov. Jared Polis, one of the richest men in Colorado and keenly aware of the economic damage done by restrictive public health measures, tried desperately to balance the necessary restrictions with the need to keep the economy functional enough to literally feed and house the population of the state. The failure by the federal government to provide sustained economic relief for most of 2020 exacerbated the hardship of the stay-at-home orders, and helped galvanize partisan political resistance to them.

We can’s speak for the results everywhere, but in Colorado, voters were not swayed by this manufactured political dilemma. While it’s possible that COVID-19 restrictions blunted Democratic success in some other states, Republicans in Colorado were shellacked once again by voters who were far more upset about Republican “COVIDiocy” than necessary measures to keep people safe in a pandemic. Now ex-Sen. Cory Gardner tried to reinvent himself from a hard-line fiscal conservative into “Santa Cory,” who voted for every economic relief bill in sight–but Gardner’s close association with Trump’s incompetence, and a major political backfire after Gardner tried to intervene in the co-opting of ventilators ordered by Colorado by the federal government, made a cruel joke of Gardner’s earnest promises. When workers at a meat packing plant in Greeley didn’t get the tests Gardner personally promised before they were forced back on the job, they went public and further damaged Gardner’s credibility.

Because as of this writing the COVID-19 pandemic continues to rage out of control, and months remain before a majority of the population is vaccinated allowing pre-pandemic normal life to resume, it’s not possible to fully assess the impact on Colorado politics today. Although the resistance to measures to fight the pandemic became a partisan political battle, the results of the 2020 elections suggest strongly that Republicans in Colorado have lost that battle. Gov. Jared Polis weathered a storm of unhinged attacks and a second half-baked recall attempt and remains popular–coming in for more criticism when he tries to appease the irrational right than when he took action to fight the pandemic. For the majority of Coloradans who have taken a science-based approach in their own handling of this unprecedented crisis, the choice between Polis’ reason and the GOP’s willful ignorance remains easy. 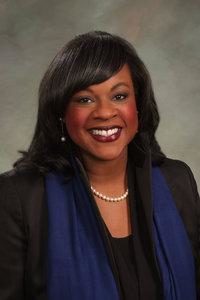 In late May, the entire world was shocked and horrified by the videotaped death of George Floyd of Minneapolis, under the knee of a white police officer named Derek Chauvin in broad daylight. The autopsy report found that Chauvin had asphyxiated Floyd by kneeling on his neck for over eight minutes, cutting off the flow of blood to Floyd’s brain. The egregious and highly public nature of the death of George Floyd resulted in a renewed flood of protests across the nation against police brutality against Black people, an issue which has sat uncomfortably on the periphery of American politics for decades.

Owing to a combination of factors, the protests over George Floyd’s killing in 2020 were massive, nationwide, and sustained in a way that differed from previous similar historic events. COVID-19 lockdowns and the resulting mass unemployment added to the angst and the crowd size. But perhaps more importantly, across the country, investigations into incidents of local police brutality like the death in August of 2019 of Elijah McClain in Aurora took on renewed urgency as protesters networked and demanded justice on a much broader scale.

In the wake of these massive protests, calls for meaningful reform of the relationship between the police and the public they are charged to protect came and in most cases went. But in Colorado, again in a set of fairly unique circumstances, the issue of police brutality was not simply swept under the rug. The timing of the Colorado legislature’s 2020 regular session, interrupted by the pandemic, put state lawmakers back at work right as these renewed protests were in full swing. This was an opportunity to take action while the proverbial iron was hot, and prime sponsor Rep. Leslie Herod of Denver seized it.

The result was Senate Bill 20-217, the most consequential reform of police accountability laws in Colorado in modern history. SB217 requires all police officers to be equipped with body cameras, more importantly requires them to be actually turned on, bans chokeholds, and creates a process of civil liability for police officers who abuse members of the public. This legislation was passed by the Colorado General Assembly with broad bipartisan support after input from stakeholders on all sides.

The major reforms passed by Colorado in 2020 to address police brutality and misconduct have unfortunately not been widely replicated elsewhere–at least not yet. The urgency to take action felt by Colorado lawmakers returning in June to finish the work of the 2020 legislative session dissipated in many other states before bills could pass. It’s possible that Colorado lawmakers might have convened a special session to address the issue had they adjourned in early May as normal, but second act of the 2020 regular session created a unique opportunity to meet the moment–and to the credit of Rep. Herod and the bipartisan sponsors of SB217, an historic opportunity created by tragedy was not squandered.