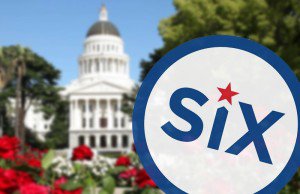 The Washington Post reported this week on a new policy initiative from the progressive left, focused on developing and sharing "model" legislation at the state level on a variety of topics. This new multi-state project is meant to counter the influence of the conservative American Legislative Exchange Council (ALEC), which has wielded tremendous influence in state legislatures including Colorado's for many years:

More than 200 state legislators, Democratic consultants, liberal donors and interest group activists gathered for the first national meeting of the State Innovation Exchange, a coalition designed to counter the impact of state-focused groups on the right, including the corporate-backed American Legislative Exchange Council.

The SiX session at the Omni Shoreham hotel included an address by Gara LaMarche, chairman of the Democracy Alliance, a group of wealthy liberal donors who have turned to state activism as an important new area for political investment.

"There is a hunger and a need for an organization like this," said SiX executive director Nick Rathod, an Obama campaign and White House veteran…

Rathod, who most recently worked at the liberal Center for American Progress, has been informally studying the success that ALEC has had in developing model bills for state legislatures: The 42-year-old nonprofit has long linked state legislators with corporate and interest group lobbyists to discuss and draft legislation behind closed doors. 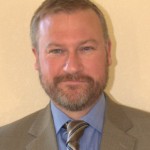 Yesterday it was announced that a longtime local political organizer Sean Hinga of the American Federation of State, County, and Municipal Employees (AFSCME) will serve as political director for the new State Innovation Exchange:

Hinga, who spent 12 years at one of the country’s largest unions, the American Federation of State, County, & Municipal Employees (AFSCME), brings a wealth of campaigning and policy experience to the organization. Sean was also responsible for helping build and support the progressive infrastructure in Colorado, which many across the country hold up as a model for progressive power building at the state level.

“We’re delighted that Sean will be bringing to SiX his expertise in state infrastructure building and legislative engagement,” SiX’s Executive Director, Nick Rathod, said today. “The organizing work Sean has done in Colorado to help advance a progressive agenda and out-organize and out-maneuver those who have stood in the way of popular, progressive reform for too long will be invaluable to the organization. That’s a battle Sean’s been fighting his whole career and we intend to draw upon that experience as we begin the hard work to build progressive power in states across the country.”

ALEC has faced major challenges in the last few years as controversial right-wing model legislation and the organization's out-of-the-mainstream views on climate change have resulted in a bleed-out of corporate partners. Despite this, ALEC remains a major source of boilerplate bill language for Republican legislators in Colorado and elsewhere–and after this year's elections, which punished Democrats especially hard at the state legislature level in many states, 2015 is liable to be a banner year for ALEC with or without Google's money.

Well folks, now there's a Justice League and a Legion of Doom.