The Facts About Facts

“With respect, your word is not evidence, sir.”

Glenn Kessler of The Washington Post wrote a detailed breakdown this week on the truth about election fraud in the United States. The short version is that actual cases of voter fraud in a given election number in the dozens. Total. Nationwide.

Kessler notes that the conservative Heritage Foundation has maintained a database counting 1,384 cases of voter fraud since 1979. That works out to an average of 32 examples of voter fraud per year…out of a total vote count in the BILLIONS.

But it is a paragraph that appears much later in Kessler’s story that caught our attention for a different reason:

Trump ignores that at least 86 judges, including Trump appointees, rejected at least one post-election lawsuit filed by Trump or his supporters and that they consistently found there was no substantive evidence to support claims of fraud and irregularities. “Calling an election unfair does not make it so,” wrote Trump federal appeals court nominee Stephanos Bibas in one opinion. [Pols emphasis] “Charges require specific allegations and then proof. We have neither here.”

This line stuck out to us because it is reminiscent of an important — if largely overlooked — exchange from last month’s U.S. Senate debate on 9News in which moderator Kyle Clark asked GOP Senate candidate Joe O’Dea if he had any proof of his claims that Google was censoring his campaign (O’Dea did not). Here’s that discussion:

KYLE CLARK: Mr. O’Dea, would you like to provide any evidence [that Google is censoring your campaign]?

JOE O’DEA: I’m not going to do it here tonight, Kyle. I’m not debating you. I’m debating Michael Bennet.

CLARK: Well, I’m asking you if you’re interested in backing up this allegation…

O’DEA: I told you, you can go look it up. It happened. Two weeks, they downed our Google efforts so we couldn’t…search for our stuff. It’s documented.

CLARK: It actually…it is not. Because these things are public. And we looked again this morning. And you have run Google ads without a single day of interruption since April 14th. 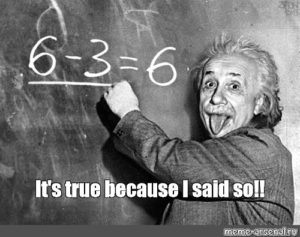 CLARK: The public can go, and they can go look…

O’DEA: They can go look. That’s just not true.

CLARK: …at the transparency portal, and they can see that you have run ads…

CLARK: …every single day, without interruption. There’s a single ad pulled in June for an unspecified violation…

O’DEA: A single ad, they pulled…

CLARK: …which your campaign won’t tell us what that was for, or if you attempted to fix it. So just one last question: Serious allegation, about a behemoth company, that you could regulate as a U.S. Senator, do you have any evidence?

O’DEA: I just told you, they pulled one of our ads for two weeks. That’s the evidence…

CLARK: With respect, your word is not evidence, sir. Any evidence? [Pols emphasis]

What Clark said at the end is incredibly important, and it applies to numerous 2022 candidates — most of whom are Republicans.

O’Dea absolutely has the legal right to make an unsupported claim about Google censoring his campaign. We would not argue otherwise.

What O’Dea does NOT get to do is argue that his statement at all resembles a “fact.” We must all push back on this approach at every opportunity. It is too dangerous to ignore. 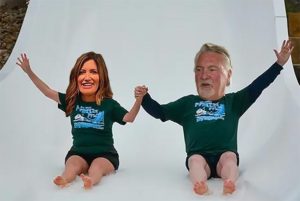 We saw a similar example of this “it’s a fact because I said so” mentality in Republican gubernatorial candidate Heidi Ganahl’s month-long obsession with the idea that “furries” are invading Colorado schools. Ganahl insisted that “furries in schools” was a real thing because some parents of students told her that it was happening.

Peggy Propst, a Republican candidate for the State Board of Education in Colorado, said during a recent interview that she knows that schools are providing litter boxes for little furries; it’s true, she said, because she heard it somewhere. By this metric, we could say that it is a known fact that Propst milks cats every morning for her cereal. It’s true because we just said it!

This troubling trend of trying to re-define the meaning of “facts” is different than other nonsense we’ve seen in 2022. For example, Republican congressional candidate Barbara Kirkmeyer has been getting hammered for saying in a TV ad that Democrats in the state legislature legalized fentanyl. Kirkmeyer knows better, so this is more a flat lie than a redefinition of a “fact.”

Republican Attorney General candidate and current JD-18 District Attorney John Kellner wants voters to believe that he’ll do a better job than incumbent Democrat Phil Weiser on fighting crime, despite the FACT that data clearly shows crime rates have increased in Kellner’s judicial district at a much faster rate than in the rest of the state. We’d classify this as more akin to typical political bullshit than a redefinition of “facts.”

These are FACTS: Trees are tall. Concrete is hard. This sentence you are reading is written in English.

These are just words: “This one guy told me that Jared Polis is a lizard person from a hostile planet in a distant galaxy.” We like words. Words are cool. But words are not facts.

Look, we realize that we might just be shouting into the abyss on this subject, but it needs to be said over and over and over, because we are truly doomed as a society if we just allow reality to be co-opted by gibberish.