Lauren Boebert “Jamaican You Crazy?” There’s A Coffee For That

As readers know, the restaurant once operated by freshman GOP tempest in a teapot Rep. Lauren Boebert, Rifle’s Shooters Grill, shut down unceremoniously last month after the owner of the building declined to renew their lease. Since Shooter’s Grill appears to have operated more as a tax write-off than a going concern, and Rep. Boebert has many new revenue streams available to her including her new book, it’s not considered a big loss to the community or Boebert’s bottom line.

But never fear, if you’re hungry (or in this case thirsty) for some Boebert-themed consumables, hopefully without a dash of food poisoning, Boebert’s QAnon-curious mom Shawna Bentz has got you covered! 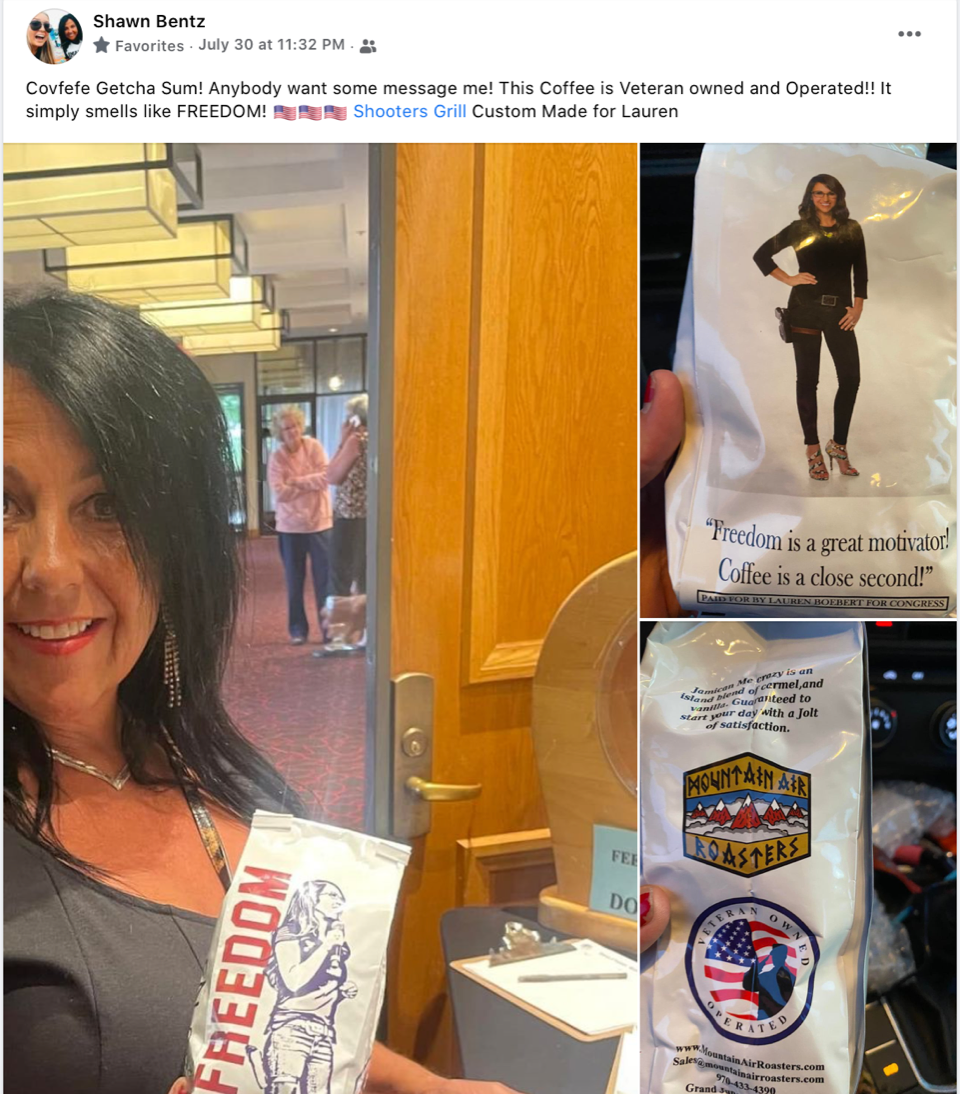 Ladies and gentlemen, we give you Lauren Boebert Freedom Coffee™! Except upon closer examination, this isn’t actually a custom blend of coffee made just for Lauren Boebert:

It appears that Lauren Boebert’s Freedom Coffee™ is just a repackaged version of a flavor already produced by Grand Junction’s Mountain Air Roasters, named with just enough irony to make us laugh out loud “Jamaican Me Crazy!” Which you can buy without the Boebert branding direct from Mountain Air Roasters: 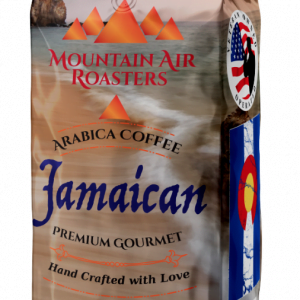 But then your bag of “Jamaican Me Crazy” wouldn’t have Lauren Boebert’s picture on it, and we assume that’s worth at least a few dollars’ markup over the price of a regular bag of coffee. We can’t also help but notice that the coffee bags say they’re paid for by the Boebert campaign, but are being hawked for an undisclosed sum by Boebert’s mother. Might this be a new way for Boebert to spread the campaign’s wealth around?