Not With A Bang, But Covfefe: The End Of Shooter’s Grill

WEDNESDAY UPDATE: The Glenwood Springs Post-Independent confirms the end of Shooter’s Grill as we know it, though freshman GOP rolling calamity Rep. Lauren Boebert hints that (threatens?) some kind of “smaller scale” establishment may replace it. No promises:

Boebert said she doesn’t want to make any promises, but she and her husband, Jayson, are praying and planning to continue the Shooters brand, culture, name and presence on Rifle’s Third Street.

“We would just dramatically scale it back, because, obviously, we’re not in our building,” she said. “It may look like a Shooters coffee shop with pastries and some easy breakfast sandwiches and merchandise.”

The good news is, you can’t get food poisoning from a T-shirt. Monday’s original post follows: as usual, you heard it here first.

Multiple unconfirmed reports in the last 24 hours via the Twitters that the Shooter’s Grill in Rifle, the gun-themed restaurant that freshman GOP outrage vortex Rep. Lauren Boebert rode to fame but decidedly not fortune, has shut its doors: 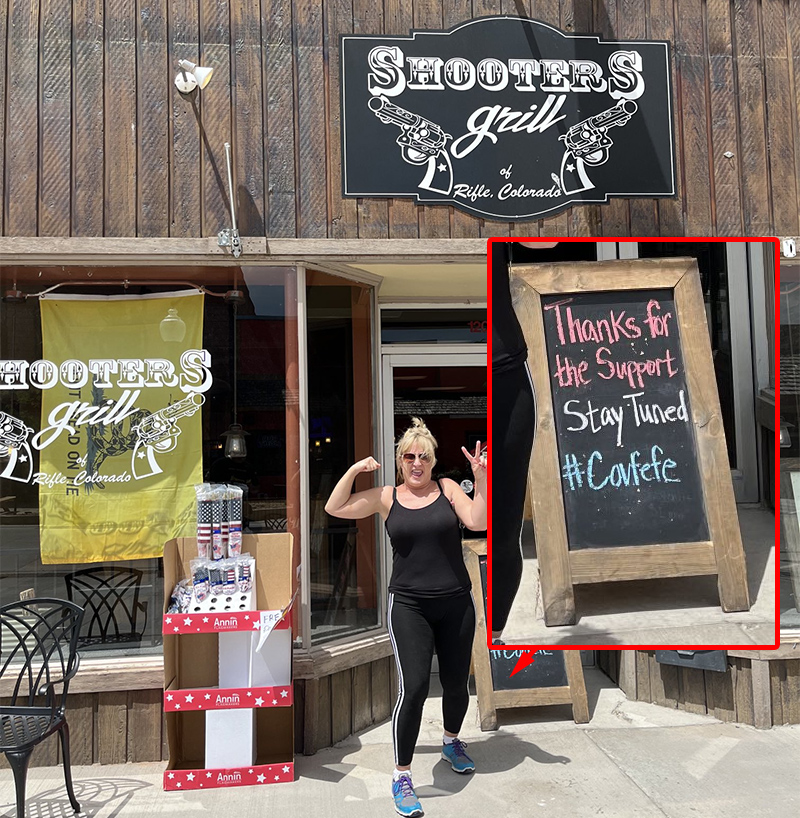 As readers know, Shooter’s Grill lost hundreds of thousands of dollars during its few years of operation according to tax filings, and the eatery never lived down the 2017 incident in which Boebert’s food truck sickened dozens of spectators at a local rodeo. Quality food and service was never the draw of Shooter’s Grill, of course, bringing in customers (at least once for the novelty) with their armed and generally young female wait staff.

Boebert reportedly waited until after the June 28th primary to make the decision about closing Shooter’s Grill after the building’s landlord signaled his intention to cancel Boebert’s lease at the end of August. With Boebert’s Republican primary opponent dispatched, Boebert’s cash flow from her newfound fame looks secure enough to dispense with the dirty work of running a small-town greasy spoon–management of which Boebert had reportedly already farmed out to political supporters.

Join the good citizens of Rifle in wishing Shooter’s Grill a fond covfefe.