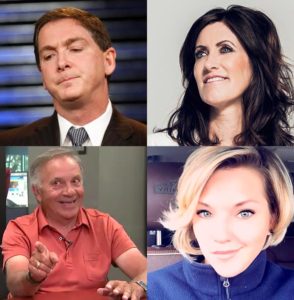 There was some VERY big news over the weekend regarding the 2022 race for Governor in Colorado. As first noted by the Colorado Times Recorder and subsequently confirmed on Saturday, Danielle Neuschwanger will continue her campaign for Governor — but as the candidate of the American Constitution Party.

When last we saw Neuschwanger, she was threatening to sue (and, somehow, incarcerate) State Republican Party Chairwoman Kristi Burton Brown after Neuschwanger failed to make the 30% threshold required for ballot access at the Republican state assembly on April 9. Neuschwanger has been adamant that she was robbed in the “Great ClickerGate Conspiracy,” but she isn’t waiting any longer for that ball of red string to be unraveled. Instead, Neuschwanger is doing the only thing that would have been worse for Colorado Republicans than a bitter Primary fight: A vote-sucking General Election challenge.

Buoyed by polling data suggesting that she outperforms Republican Heidi Ganahl in a hypothetical November matchup against incumbent Democrat Jared Polis, Neuschwanger refuses to go away despite finishing in third place at the GOP assembly behind Ganahl and top-line candidate Greg Lopez. This is nothing short of disastrous for Colorado Republicans.

The last time something like this happened was in 2010, when Tom Tancredo ran for Governor under the banner of the American Constitution Party (ACN) because establishment Republicans were horrified that some guy named Dan Maes was able to become the official GOP nominee for Governor. What makes this situation different is that Tancredo ran on the ACN ballot with the unofficial blessing of GOP bigwigs. Presumably, Republicans are much less enthusiastic about Neuschwanger’s ACN candidacy, but that doesn’t make it any less impactful. 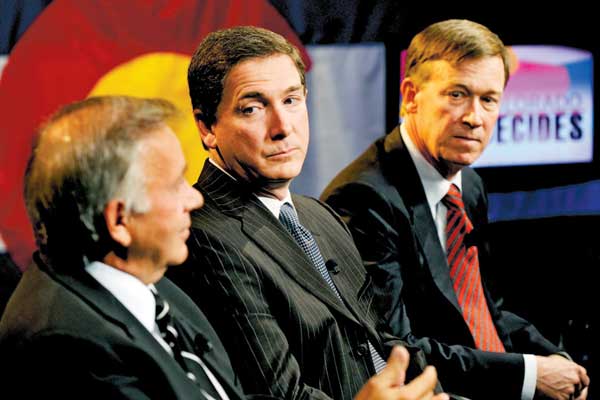 It’s unlikely that Neuschwanger’s candidacy will have the same effect that Tancredo had in 2010, when his presence reduced Maes to just 11% of the General Election vote and damn near cost Republicans their “major party status” on future ballots in Colorado. The Tancredo/Maes dynamic allowed Democrat John Hickenlooper to cruise to victory in what was otherwise remembered as the Tea Party wave election (the final vote percentage in the 2010 race for Governor: 51% for Hickenlooper, 36% for Tancredo, and 11% for Maes).

Neuschwanger’s name on the November ballot may not cripple the Colorado Republican Party as it almost did in 2010, but she undoubtedly will take votes away from Ganahl or Lopez (whomever becomes the GOP nominee after the June Primary) in a race in which Republicans already faced an uphill battle in trying to oust a popular incumbent in Polis. And that might be enough to essentially end this race before it even gets started.

The 2022 Governor’s race had been dropping in priority for Republicans amid Ganahl’s silly campaign and the hopeless follies of Lopez (who won first place at the GOP assembly mostly for promising to pardon Tina Peters). When you add Neuschwanger’s ACN candidacy, it’s hard to argue that beating Polis is not a lost cause for Republicans.

We swear, we didn’t know this was going to happen when we recently concluded our “Worst Campaigns in Colorado (This Century)” bracket challenge. The worst, it seems, is yet to come.