The Great “ClickerGate” Conspiracy Is Coming Together

As readers know, Republican gubernatorial candidate Danielle Neuschwanger is not taking her narrow elimination from the June 28th primary ballot at last Saturday’s state assembly lying down, promising as-yet unspecified next steps to prove she was the victim of some kind of deliberate shenanigans in the delegating voting. Yesterday, Neuschwanger appeared on (who else) leading election conspiracy theorist Joe Oltmann’s video program to press her case to the intrigue-predisposed Republican faithful: 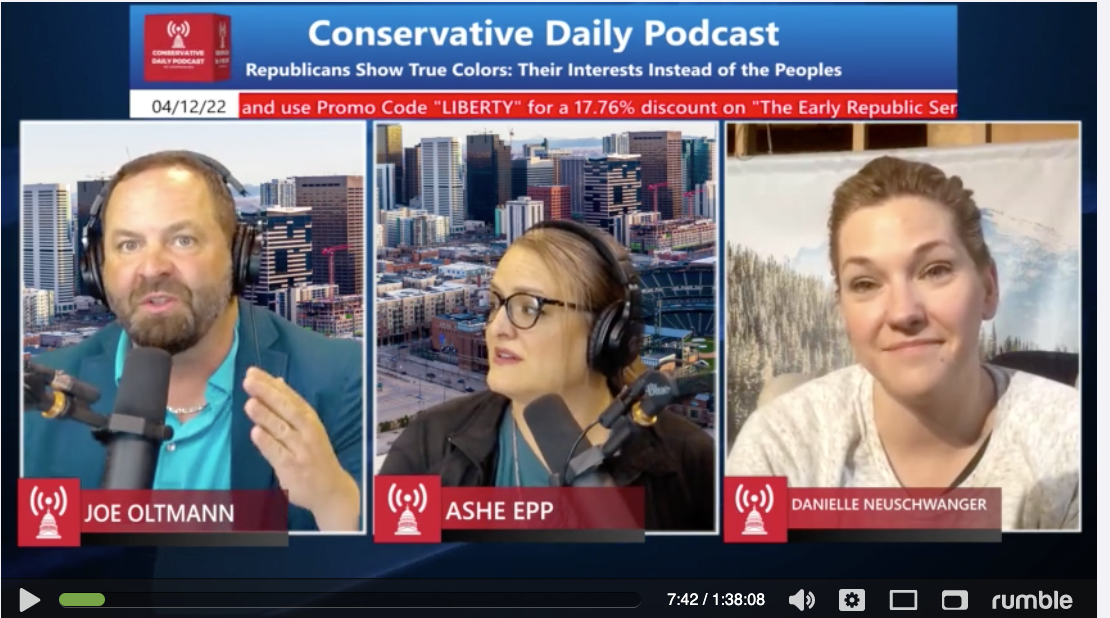 And what has Oltmann’s team of super-sleuths uncovered? Why, what else–a conspiracy!

Is it true that Republicans voted on discontinued clickers? We have no idea, and we don’t know what effect that might have add on the voting if it were true. But to the guy already being sued for untold amounts after making up the Dominion Voting Systems conspiracy theory that has consumed the Republican Party, who cares what’s true? They’ve got a conclusion and they’re working backwards to confirm it. Now they’ve got a thing–that critical, indispensable thing they call a “MacGuffin” in movie plots–in the form of the “clicker” handheld voting machines that supposedly were reluctant to record votes for Danielle Neuschwanger.

Like the “Big Lie” itself, “ClickerGate” now has all the necessary ingredients to live forever in the minds of Republicans who have been taught to distrust every form of election tabulation short of humans hand-counting paper ballots–never mind that the error rate is far higher than with machines. You’re never going to convince them otherwise, because they don’t want to be convinced otherwise. Danielle Neuschwanger doesn’t have to find a way back on the ballot at this point–she’s achieved her celebrity status, another martyr for the cause like Tina Peters in the likely event her campaign is confined to a jail cell.

It’s the flip side of convincing millions to believe the “Big Lie” that the 2020 election was stolen.

Now they trust no one.