UPDATE #2: Mesa County Clerk Tina Peters and Deputy Clerk Belinda Knisley have turned themselves in and are making themselves comfortable at Mesa County Jail. Peters’ bond has been set at $500,000 all-cash in consideration of last August’s extended remote work session. 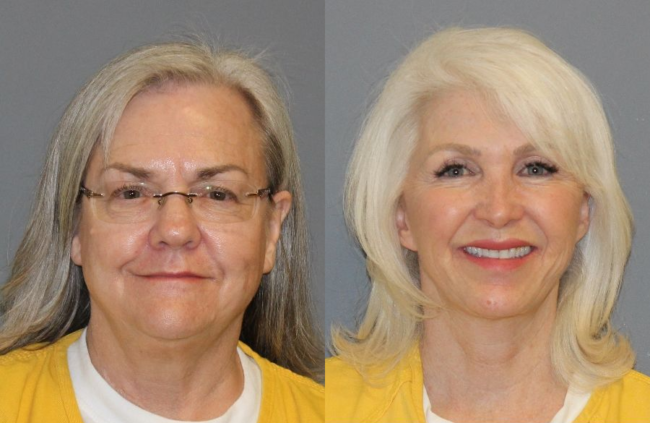 If convicted on all charges, and if they run consecutively, Peters faces a maximum penalty of 28 years in jail and a $2.7 million in fines, while Knisley could see a maximum sentence of 21 years in prison and $2 million in fines.

Arrest warrants have been issued for the pair.

In a joint statement announcing the indictment, Mesa County District Attorney Dan Rubinstein and Attorney General Phil Weiser said, “This investigation is ongoing, and other defendants may be charged as we learn more information. We remind everyone that these are allegations at this point and that they are presumed innocent until proven guilty.”

We’ll update with coverage and reactions. Keep in mind that these are the state charges Peters was facing over the theft and distribution of election system data in her failed attempt to prove the “Big Lie” that Donald Trump should still be President. A federal investigation into possible additional wire fraud charges remains ongoing.

But this is one of the moments you’ve been waiting for.