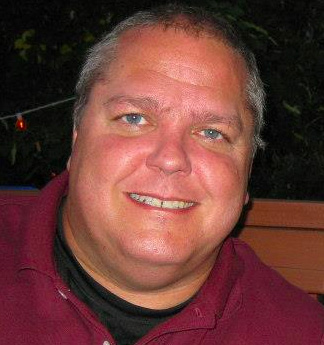 As longtime readers know, the editorial section of the arch-conservative Colorado Springs Gazette, which has extended its editorial footprint northward with the launch of the like-minded Denver Gazette, has a reputation for making laughably strained cases in defense of favored Republican politicians, ballot initiative campaigns, and luminaries near and far. During the 2018 governor’s race, the Gazette opined in defense of GOP nominee Walker Stapleton’s refusal to answer for his great-grandad’s KKK ties by suggesting that all Democrats starting with Jared Polis were tainted–even though condemning the KKK was not complicated for Polis since his great-grandad was not one.

In 2020, editorial board editor Wayne Laugesen penned what we can only describe as a thirstily impassioned endorsement for now-Rep. Lauren Boebert, doubly odd since the Gazette doesn’t serve anywhere in CD-3 that we’re aware of. Laugesen’s effusive praise for Boebert, waxing lyrical about her “movie star looks” and “passion for freedom,” read as much like a high school crush letter as a sober assessment of Boebert’s strengths and weaknesses as a candidate. A few months after that endorsement, Wayne Laugesen became the only editorial board editor of a major Colorado newspaper (that we know of) who attended the January 6th insurrection at the U.S. Capitol–though he’s not personally accused of any crimes and claims to not condone the violence that occurred on that day.

In recent months, and especially now with a qualified Republican primary opponent running to oust Boebert in June rather than November, Boebert’s aggregating personal ethics scandals and increasingly off-putting behavior in her first year in office have made Boebert’s re-election a prospect increasingly difficult to defend even to many fellow Republicans. In December, Boebert narrowly escaped having her committee assignments pulled after her Islamophobic insults against Rep. Ilhan Omar of Minnesota. 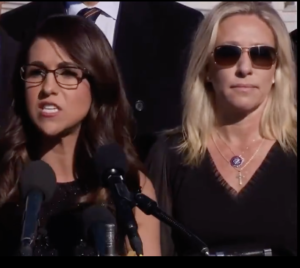 And then last week, Boebert insulted a group of Orthodox Jews touring the Capitol by looking the from “from head to toe” and asking if they were on a “reconnaissance” mission. Boebert claims she was “too short to see anyone’s yarmulkes,” meaning the group’s ambiguous Semitic appearance is what prompted a “joke” that no one seriously believes she would have made to a group of ordinary white American visitors. Rep. Boebert’s opponent Sen. Don Coram slammed Boebert’s comments as “disgusting” and “unacceptable,” saying Boebert “continues to act more like Marjorie Taylor Greene each day by spewing garbage like this.”

Boebert’s expanding sphere of xenophobia now apparently having grown to include Orthodox Jewish visitors to the U.S. Capitol might be considered enough to warrant finally taking punitive action against Boebert like her colleague Marjorie Taylor Greene earned. Sensing this danger, Wayne Laugesen weighed in today with another editorial in defense of Boebert that strains credulity to a new limit:

So first of all, as the Grand Junction Sentinel ably reported today, the entire attack on Sen. Don Coram, which the Gazette proceeds to level in this editorial, is fictional. This description of Coram, born from a family of Montrose ranchers, as some kind of dope-smoking hippie is preposterous.

But here’s where Laugesen takes a turn for the surreal:

Last week she encountered a group of Capitol visitors like those she hosted in 2021. In a friendly demeanor, Boebert asked if they were on a “reconnaissance” mission.

All journalists should understand the quip. That didn’t stop the left-wing BuzzFeedNews.com, led by the co-founder of the Huffington Post, from characterizing Boebert as anti-Semitic.

Their evidence: The visitors were Jewish. Therefore, the self-effacing comment must have been a slight against Jews. Yeah… right. [Pols emphasis]

Never mind that Boebert herself came up with “Needle Nazis” to describe public vaccination efforts, or that Boebert was completely supportive as her bestie Marjorie Taylor Greene compared masks to the Holocaust–or that the “QAnon” conspiracy theory Boebert claims to be “very familiar with” is a cheap rewarming of the Blood Libel. Here is what Wayne Laugesen thinks you should know about Lauren Boebert and anti-Semitism:

Few in Congress are more outspoken than Boebert in supporting the Jewish community. Few have been quicker than Boebert to condemn anti-Semitic colleagues who treat Israel as a crime against humanity…

Given the general level of saturation of most people’s sense of outrage in contemporary politics, it remains to be seen whether this latest instance of deplorable behavior from Boebert will result in a penalty after so many previous episodes didn’t. Either way, Laugesen’s thoroughly ridiculous defense of Boebert does absolutely nothing to help her, or Republicans determined to turn a blind eye to her behavior.

It would be far better to say nothing than further insult their readers’ intelligence.