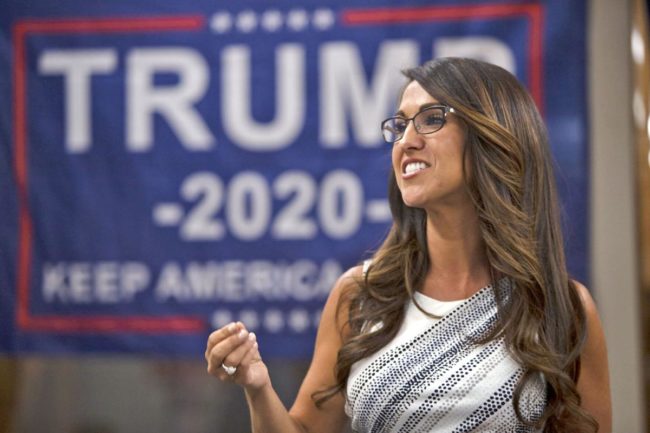 “I’ve had a conversation with the speaker, and I’m very confident that she will take decisive action next week,” Omar said Sunday on CNN’s “State of the Union.” It is unclear what Pelosi’s “decisive action” would include. Omar said that Boebert should be stripped of her committee assignments and that House leaders should rebuke her to send a “clear and decisive” message.

“I think it’s important for us to say this kind of language, this kind of hate cannot be condoned by the House of Representatives,” Omar said. “If the Republicans are not going to be adults and condemn this … we are going to do that.”

…Omar also called House Minority Leader Kevin McCarthy (R-Calif.) “a liar and a coward” for not condemning Boebert’s language or punishing her. On Friday, McCarthy said Boebert had already apologized publicly and personally, not mentioning her subsequent public statements renewing her attacks on Omar.

On Friday, as Fox News reports, House Minority Leader Kevin McCarthy announced that Boebert’s apology was completely satisfactory even after being rescinded:

“Did anyone on [Democrats’] side of the aisle talk about when Omar said the only reason I support Israel is about the Benjamins?” McCarthy said Friday. “I never got an apology or a phone call.”

In case no one remembers what politics were like just a few years ago, let’s be clear that there is a massive difference between suggesting a politician takes a position out of financial interests and suggesting a politician wants to kill you. It’s not the first time we’ve been gobsmacked simply by the need to point out something so patently obvious as this, but here we are again. McCarthy’s denial and absurd whataboutism broadcast clearly his total abandonment of leadership responsibility. None of this should come as a surprise after ex-President Donald Trump himself waded into the spat to gratuitously insult Rep. Omar in an obvious ploy to draw fire away from Boebert. For McCarthy, it looks to have been enough.

McCarthy’s refusal to take responsibility for his caucus obliges Democrats to take action against Boebert, up to possible censure and/or loss of committee seats. Removing Rep. Boebert from her seat on the House Natural Resources Committee would be a major blow to her standing with constituents in CD-3, providing an opening for Democrats and potentially a Republican primary challenger to argue she is no longer worth the trouble. The standard for punishing Boebert compared to the similar recent examples of Reps. Paul Gosar and Marjorie Taylor Greene is consistent in that they have all in their way brought the specter of violence to the U.S. House. It’s a dishonor to their colleagues, their party, and the institution of Congress.

If the roles were reversed, and we mean legitimately reversed not McCarthy’s false equivalence, Republicans would demand nothing less.