“We Must Think Anew and Act Anew”

I share the admiration of Abraham Lincoln with a majority of Americans; in surveys 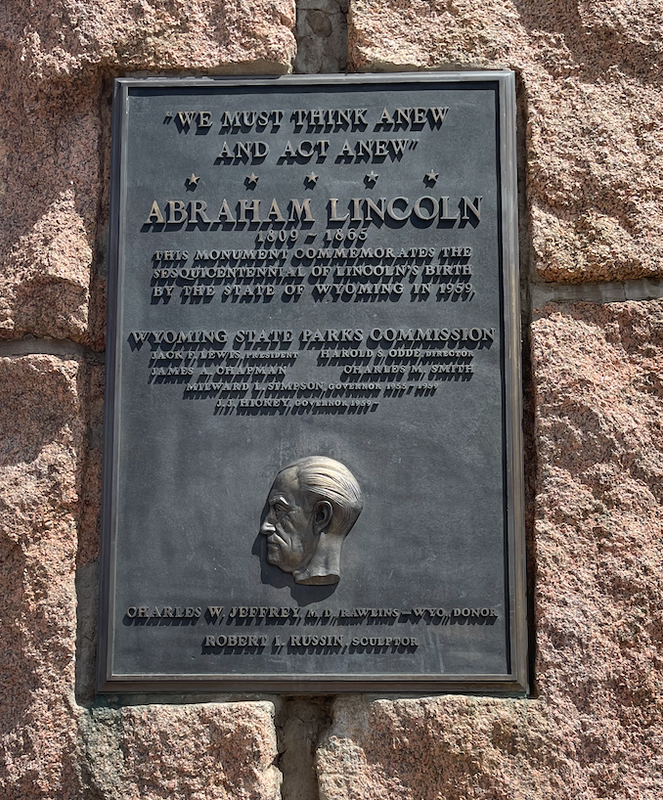 conducted since 1940, he has consistently ranked among the top 3, most often #1. Abe was the only president to hold a patent; he signed the first of the Homestead Acts, allowing poor people to obtain land. He established the United States Department of Agriculture in 1862 and nearly two months later signed the Morrill Act, which led to the creation of our land-grant university system. He established the progressive nature of income tax in the US. He signed the Emancipation Proclamation, abolishing slavery in the US. He established the US National Banking System, thus, a national currency. Apart from banks, Lincoln helped the economy flourish through canals, railroads & factories. He led the Union to victory in the Civil War; he laid the foundation for Reconstruction.

Lincoln kept us from being a ‘nation divided”, reuniting our nation rather than alienating the South.

Recently I had the chance to travel a significant portion of The Lincoln Highway (starting six miles north of Julesburg, ending in San Francisco),  America’s first national memorial to President Abraham Lincoln, predating the 1922 dedication of the Lincoln Memorial in Washington, D.C., by nine years. As the first automobile road across America, the Lincoln Highway brought great prosperity to the hundreds of cities, towns, and villages along the way. The Lincoln Highway became affectionately known as “The Main Street Across America”.

Just east of Laramie a monument to our 16th President marks the high point of this Atlantic-to-Pacific highway, which begins in Times Square in NYC and terminates near Lincoln Park in San Francisco.  There, an imposing bronze of Lincoln occupies the Summit rest 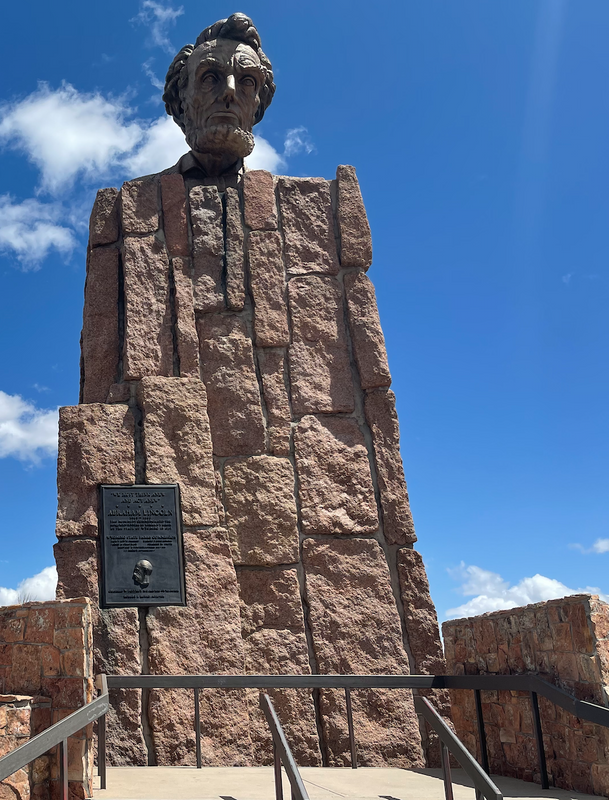 area under the vast Wyoming sky; a plaque reads:

“We Must Think Anew and Act Anew”

Those seven words set the tone for the next 24 hours of driving.  It was a time to reflect on our national priorities today through the eyes of Lincoln as I enjoyed the ease of traveling the Eisenhower Interstate System; I passed by farms and ranches established under the Homestead Act, have sustained themselves through the early research efforts in our land-grant university system and the Ag Extension network. The convenience of an ATM machine and electronic swipes at cash registers, tied to our national banking system.

What would Lincoln be thinking today? Would he go big or go home?

As I scanned the radio dial I listened to Senate Minority Leader McConnell say he’s 100% focused on blocking the efforts of the Biden Administration; hardly a “we must think anew and act anew” moment for a man (and party) who claims to be the party of Lincoln.  Abe wouldn’t have been a shrinking violet, held captive by zealots.  In the face of the challenges that face us, he would have been uncompromising.  He’d go big.  He’d be uncompromising about infrastructure; he’d support a strong educational system.  He’d focus his priorities on those who built America: the middle class. He’d be unyielding in his belief that “labor before capital” was the only way to build a just, sustainable economic system. He’d believe that a nation that survived The Great Depression, thanks to progressives and The New Deal,  defeated fascism, rebuilt western Europe, eradicated polio, electrified rural America, put a man on the Moon and a spacecraft on Mars, is more than capable of meeting the challenges of a 21st-century economy.  He’d stand by his belief that “the best way to predict the future is to create it.”

This is our time to create.