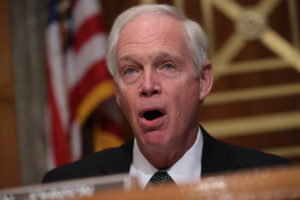 As POLITICO reports, the U.S. Senate is at last preparing to vote on the $1.9 trillion COVID-19 stimulus bill favored by President Biden…as soon as Senate Republicans are done wasting everyone’s time:

“No matter how long it takes, the Senate is going to stay in session to finish the bill, this week. The American people deserve nothing less,” Schumer said on Thursday.

Sen. Ron Johnson (R-Wis.) immediately forced the Senate clerk to read all 628 pages of the Senate substitute. Senate Democratic leaders estimate that it will take four to five hours to complete that task, though Johnson believes it may take longer. Then Republicans can use up to 20 hours of debate time, and then force unlimited amendments votes if they so choose.

“Historically what’s happened is … we offer a couple of hundred amendments on the Republican side,” Johnson said. “And we get a couple of dozen voted on and people tire out. I’m coming up with a process that keeps people from tiring out. I’m getting sign ups. I’m laying out a three-shift schedule.” [Pols emphasis]

Schumer vowed that the Senate would stay in session this week until the bill is passed and dismissed Johnson’s effort as a delay tactic that “will accomplish little more than a few sore throats for the Senate clerks.”

Senate Republicans don’t have the ability to actually stop the stimulus bill from passing, nor do they have any actual ideas of their own as substitute. So instead, they’re going to fart around for as long as possible while anxious Americans desperate for help just have to sit and wait. 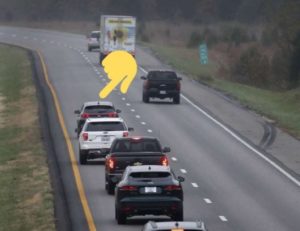 The modern Republican Party, in one picture.

This is all part of the modern Republican strategy that CNN’s Chris Cillizza calls “Performative Obstruction”:

This is obstruction solely to obstruct. And while obstruction has a long history in Congress (the filibuster, hello), Republicans now are playing a different game than obstructers of the past.

What they are engaging in is performative obstruction. People like Greene and Johnson and Cotton are purposely charging at windmills not in hopes of toppling them, but rather in hopes of ensuring that the party base (and its media enablers) see them charging at the windmill…

…Trump may no longer be in office, but his performative politics linger — and continue to inform how Republicans appear to be defining success in the Biden era.

Republicans in the Colorado legislature adopted these stupid stalling tactics back in 2019, which included demands to read every bill out loud as folks such as State Sen. Bob Gardner beamed with pride at their efforts to “slow things down.” Last year, Republican State Sen. John Cooke was positively giddy that a $3-4 billion shortfall in the state budget would prevent lawmakers from doing their jobs. When the state budget came up for a final vote in the House last June, not a single Republican House Member voted ‘YES’ even though the legislature in constitutionally-mandated to pass a state budget every year.