Republicans Will Have Trouble Explaining This in 2020

WEDNESDAY UPDATE: The editorial board of the Aurora Sentinel is seeing the same thing as everybody else and suggests that Gov. Jared Polis call a special legislative session to focus on health care bills:

All the time-wasting stunts have pushed important bills to the end of the session. These Republican antics will now likely cost every Colorado resident money and heartache as the clock runs out against critical issues such as health care…

…There is no way state lawmakers can successfully tackle these big-ticket items among myriad other bills and obstruction from Republicans — in less than a week. 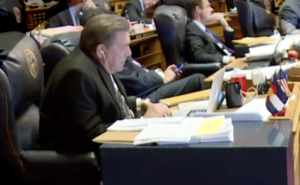 Chase Woodruff of Westword picks up on a theme we’ve been highlighting at length in this space for some time now: Republican lawmakers in Colorado have taken their gleeful obstructionism to such an extreme that real Coloradans could soon begin to suffer as a result…

An arms-race of parliamentary tactics has ensued, as Democrats invoked a rule limiting debate on each bill to an hour, and Republicans responded by offering dozens of doomed amendments to various pieces of legislation in an attempt to slow things down further. In more than five hours of floor work early Tuesday morning, the upper chamber was able to advance just four pieces of legislation.

Tensions appear to be rising once again in a legislative session that has often been fraught with conflict. Republicans are posting photos of Democrats sleeping at their desks. Democrats are sharing videos of Republicans watching poorly reviewed Mark Wahlberg movies on their cellphones. Things are getting weird.

But with the clock ticking and dozens of major bills hanging in the balance, the stakes for Coloradans are high. Some of the most notable pieces of legislation remaining on the calendar will have to get through a legislative bottleneck in the Senate in the next two days if they are to have any chance of passing.

Republicans in the State Senate are continuing to slow down discussion in the final week of the 2019 session because of certain bills that they don’t like, but that could mean that plenty of other important — and not particularly controversial — pieces of legislation don’t get finished. Lower health care costs, reduced prices for insulin, programs to help seniors with disabilities, and youth suicide prevention efforts — this is the price of Republican obstructionism. 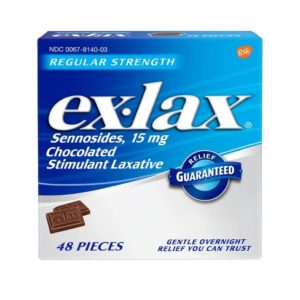 Oh, and what about “rural Colorado,” which Republican lawmakers always claim is woefully underrepresented? SB-267 (Rural Grant Program), SB-020 (Wildland Fire Airspace Patrol System), and SB-107 (Broadband Infrastructure Installation) are at risk of dying on the vine BECAUSE Republicans are pouring molasses onto everything. Sorry about that rural grant program, but we needed to make sure that somebody read the daily journal out loud!

During their prolonged bouts of time-wasting at the State Capitol this legislative session, Republicans have repeatedly insisted that voters elected them to…not do anything, which is weird. But they have also argued that there must be more — MORE! — time for debate so that they can air all of their grievances without having to risk spraining a muscle in their shaking fists. Predictably, this is having the opposite effect of what Republicans are pretending to desire.

Colorado Republicans are betting that voters will appreciate these antics more than they might lament any lack of legislative results. That’s not a bet we’d want to take next year.