Not Laughing Off Lauren Boebert’s Latest

As readers know, we’ve kicked off a recurring series of posts we call “Deep Thoughts By Lauren Boebert,” consigning some of the more bizarre pronouncements from Colorado’s newest Republican member of Congress to posterity before they get deleted or otherwise lost in the din. Rep-.elect Boebert’s…unique blend of homespun frankness and susceptibility to whatever nutty distraction is airing on Newsmax or TOTALLY BY COINCIDENCE the subject of the latest “Q-drop” makes it likely we’ll be doing lots of “Deep Thoughts” posts over the next two years.

This morning, however, we’re setting aside our humor, because this isn’t actually funny at all. 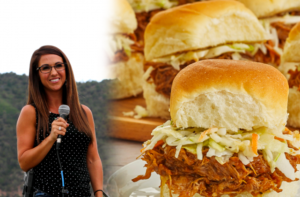 First of all this Boebert’s assumption is factually wrong, the overall case fatality rate for COVID-19 infections in the United States is about 1.8%. As of today, that’s 319,827 American deaths out of a total of just over 18 million total confirmed cases.

We realize that outrage fatigue is the rule today, but what kind of person cracks jokes about 319,827 dead Americans? Earlier this month, there was Boebert’s interview with Colorado Public Radio in which she breezily declared that health care workers had “signed up” for disaster caused by popular disregard of public health orders–almost as bad, perhaps worse depending on your personal point of view. Boebert said at that time she hadn’t decided whether to get the vaccination she’s prioritized for as a member of Congress.

This seems to indicate she’s made up her mind on that, anyway.

The one thing we can perhaps say in Boebert’s defense is her Tweet appears to copy without attribution an even more incorrect observation by right-wing “comic” Chad Prathers, whose bad parody “Friends in Safe Spaces” (don’t watch it, it’s terrible) made him a minor hit on the MAGA tour set:

As we have to restate far too often in this day and age, it’s one thing for a comedian to say something outrageous and wrong and stupid. It’s much worse when a member of Congress from Colorado says it, or it least it should be to Coloradans. Republican politicos who downplayed the pandemic from the beginning now using their vaccination appointments as a photo-op have drawn a great deal of deserved criticism this week, but what Boebert did here is probably the only thing that could be worse.

Particularly since, as usual, Lauren Boebert doesn’t know what the hell she’s talking about.