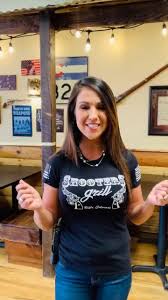 While exit-bound GOP Sen. Cory Gardner and long-defeated Rep. Scott Tipton are steering clear of the post-election caterwauling from outgoing President Donald Trump that has, among other things, further endangered Republican control of the U.S. Senate by undermining confidence in the elections in the state of Georgia, Tipton’s successor in CD-3 Rep.-elect Lauren Boebert has as readers know been prosecuting Trump’s low-information case in the court of public opinion ferociously as she prepares to take office next month.

Speaking with Colorado Public Radio’s Ryan Warner this week, Boebert says she told Trump face to droplet-range face in the White House to keep fighting until there was no more fight to fight, and then keep fighting some more:

BOEBERT: This is a contested race and when I sat in the Oval Office with the president of the United States for more than an hour, just last week, I encouraged him to keep fighting, continue to fight for the American people, just like you’ve done every single day that you have been in office. He has put the American people first, and that’s what he’s going to continue to do.

WARNER: What is contested?

BOEBERT: I believe Trump has every legal right to continue to investigate this election and prove that every legal vote was counted. The Democrats ran the American people through a sham investigation over a witch hunt with a Russian hoax, and then even a quid pro quo in all of this from a second hand whistleblower.

We’re going to say that we have hundreds of affidavits from American citizens who are putting their name to it, who are swearing under oath, that this is true. That we have video footage that we know that we have ballots where signatures were not verified. There is all sorts of things that need to be investigated, and there is nothing unreasonable about investigating it until the very last day.

It’s a safe bet that Boebert’s unshakable conviction that the 2020 election was stolen–not her own election, of course, because that would be weird–will not end on the day Joe Biden takes office. For as long as it’s been clear that Trump would not prevail in his post-election challenges, which it has been since no more than two or three days since the November 3rd elections, this whole charade has been about a foundational grievance that will live on long after Trump is gone, which Boebert and the other aspiring leaders of the post-MAGA movement hope to inherit. In a certain sense, it doesn’t even matter if Boebert really believes the election was stolen–though in her case we expect she probably does. Whether this works or ends in disaster as Trump’s brand crumbles after he leaves office is of course up for debate, unlike Trump’s lack of a future as President.

So there’s that, and it’s not what we’d call unexpected. But what should trouble responsible residents of CD-3 much more is when the subject in this interview turned to COVID-19:

WARNER: We know that hospital capacity is stressed, so it’s one thing to call for businesses to be open. But what would that mean for the healthcare system on the Western Slope, for instance, or in Pueblo, if the virus has its way with us?

BOEBERT: First of all, I want to extend my heartfelt gratitude to everyone who is on the front lines, taking care of this. These —

WARNER: I don’t know if they’re going to believe the gratitude when they hear that you want to reopen the economy. [Pols emphasis]

BOEBERT: Okay, well, I am grateful for them, and they’ve definitely signed up for an industry where this is a possibility. [Pols emphasis] They have signed up to be on the front lines, and that’s why we call them heroes, but our suicide rates are high. Our depression rates are high. Our children are home. We cannot go on living like this under these shutdowns. I think we’d follow CDC guidelines and we follow them safely and responsibly and we get opened.

WARNER: Will you take the vaccine?

BOEBERT: I have not decided on that. [Pols emphasis]

In less than a minute, the Representative-elect for Colorado’s Third Congressional District called for businesses to reopen against health department orders just like she did, told front-line health care workers too bad, you “signed up” to treat people who defy health orders and then flood the hospitals, and proceeded to cast doubt on the forthcoming COVID-19 vaccine. The Trump “dead ender” movement to jump the gears of American democracy is deeply irresponsible, but the way Boebert just casually dismissed the struggle by health care providers to manage this pandemic against people like Boebert refusing to do their part is perhaps the only thing that could be worse.

If we were an ICU nurse in Boebert’s district, what we’d have to say in response to this is not printable.