WEDNESDAY UPDATE: The photo below apparently originates from something called the “Denver Stormer Book Club,” which we’ll confess we did not even know existed until we received this photo. And it appears they’ve been Photoshopping! 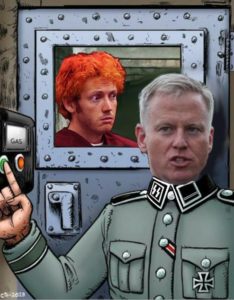 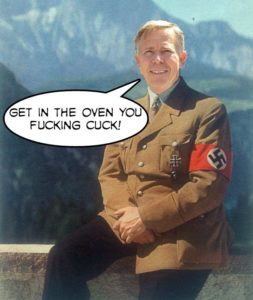 For those of you wondering, the left one is Arapahoe County DA George Brauchler,  illustrated pressing the button to gas the Aurora theater shooter. The right one is Lundberg again, presumably acting out the fantasies of the Denver Stormer Book Club.

Of course, we’re not implying that this “art” was sanctioned by either candidate. But just like the alt-right’s fascination with Republicans at higher levels, it’s perfectly fair to ask what the, you know, affinity might be here.

A photo sent to us today is likely to cause some uncomfortable moments for the leading GOP candidate for Colorado Treasurer, Sen. Kevin Lundberg: 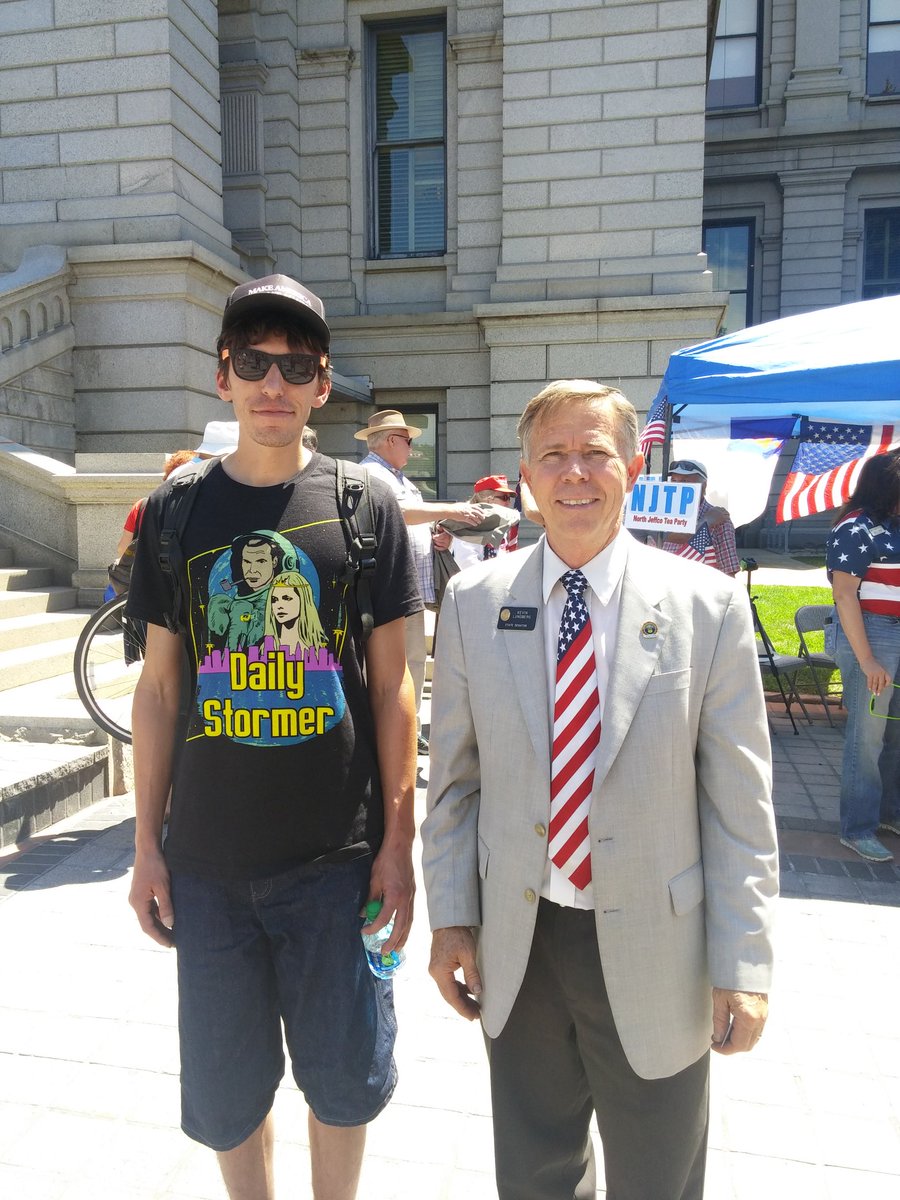 Little excuse, and lots of unpleasant questions for one of Colorado’s hardest-right elected officials! After all, Lundberg’s political nexus with the Daily Stormer crowd is as easy to find as the Republican Study Committee of Colorado’s field trips to the Mexican border to “fact-find” with militia groups.

But we’ll leave that all to Sen. Lundberg to explain.