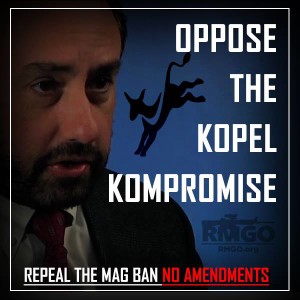 Yesterday’s marathon hearing in the House State Affairs Committee resulted, as expected, in the killing of all of GOP’s bills to repeal the 2013 gun safety laws passed by the Colorado General Assembly, as well as legislation to loosen concealed weapons permit standards and allow guns on school campuses. As has become the norm, the gun lobby’s threats to pack yesterday’s hearing did not materialize, and in fact supporters of the bills Republicans were trying to repeal again outnumbered opponents in testimony. The Colorado Springs Gazette’s Megan Schrader reports:

It was another marathon committee meeting that lasted 12 hours and was filled with emotional testimony from the family of those who lost loved ones to gun violence like the Aurora movie theatre shooting, Sandy Hook Elementary shooting and the Columbine High School shooting. 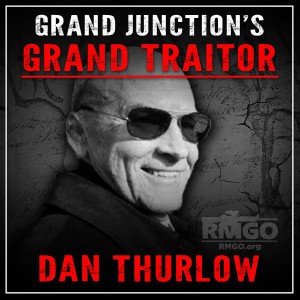 In the days before yesterday’s hearing, lingering tensions between the hard-right Rocky Mountain Gun Owners and the “corporate conservative” Independence Institute exploded into a highly public and acrimonious fight over the magazine limit bill. In hindsight, it does appear that Jon Caldara’s attack on RMGO is misguided: contrary to his insistence, there was never any appetite on the left or right for increasing the magazine limit to 30 rounds. The bill’s sponsor, Rep. Steve Humphrey, made it clear that he wasn’t interested in that, while Sen. Chris Holbert went a step farther and asserted such an amendment would be unconstitutional. But that hasn’t stopped Caldara from harshly calling out RMGO for their supposed intransigence, or RMGO from harshing right back (see photo top right).

In addition to red-on-red infighting between RMGO and the Independence Institute, Republican Rep. Dan Thurlow is taking fire from RMGO today after voting last night to kill the background check repeal and “guns in schools” bills. Thurlow was already on RMGO’s naughty list after voting to kill a bill to make it easier to obtain machine guns and other military weapons, and voting to preserve background checks on private gun sales surely won’t help relations between them–even though Thurlow voted in a way that the public will overwhelmingly favor. These votes would seem to indicate that Thurlow doesn’t care what the gun lobby thinks, especially after either Sen. Tim Neville or Rep. Pat Neville hamfistedly let slip that the Neville clan is driving the whisper campaign against him.

Perhaps most amusing about this whole situation is that Caldara’s intention here was almost certainly to divide Democrats, but in the end, it’s Republicans who are at each other’s throats today–and the policy goal everyone on the right started the session hopeful to achieve, repeal of the magazine limit, is dead with nothing whatsoever to show for it. Instead of using yesterday’s vote as a pretext to attack vulnerable Democrats, today the right in Colorado is pointing fingers only at each other.

Bottom line: all those Republicans who have warned over the years that Dudley Brown and RMGO is a loose cannon, more ripe for self-immolation than glory? This must be what they mean, folks.