No, Everyone Does NOT “Shake The Etch-a-Sketch” 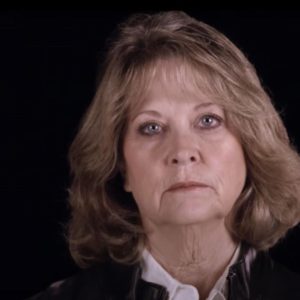 9NEWS followed up last night on a story we wrote about Tuesday, originally reported by Politico, about Republican candidates quietly updating their websites to reduce or even completely remove references to abortion in the wake of the U.S. Supreme Court’s highly unpopular decision to repeal Roe v. Wade. The Colorado example cited by Politico was none other than Barb Kirkmeyer, the ardently anti-abortion state senator and Republican nominee for Colorado’s brand-new closely divided CD-8. After Kirkmeyer rushed to sponsor anti-abortion bills in the legislature this year and then campaigned proudly on her anti-choice record in the GOP CD-8 primary, Kirkmeyer’s retreat on the issue illustrates more than most Republicans just how scared they are of the coming “Roevember” backlash at the polls.

But when confronted about sanitizing her website of this hot-button issue, Kirkmeyer had an answer that could be considered epic–if by that you mean epically terrible:

“If you go back and look at everyone’s websites, not just mine, but you look at my opponents and other folks who are campaigning, there’s a campaign that happens in the primary,” she said. “And then things shift [Pols emphasis] and everybody goes back and revises their webpages and they focus in on the things that they are going to focus in on.”

The problem is, at least in the case of Kirkmeyer’s Democratic opponent Yadira Caraveo, that’s not true:

“Everyone makes changes [to their website]. My opponent made changes to her website… I didn’t notice anyone making comments about that,” she said.

The simple reality is that there is no equivalent on the Democratic side to the “shift” on the issues that takes place with Republicans between a Republican primary and the general election. Here in Colorado, that’s in part because there weren’t a lot of Democratic primaries this year, but it’s also a reflection of the relative popularity of the Republican versus Democratic agendas. Republicans feel compelled to downplay views they were proud to express in their primary because the majority of voters in a general election find them repellent.

While Kirkmeyer was busy saying the same quiet part out loud that Mitt Romney’s spokesman let slip in 2012 with his now-infamous “shake the Etch-a-Sketch” analogy about Romney’s shifting positions from the primary to the general, Kirkmeyer received some less than helpful “backup” from Colorado Republican Party chair Kristi Burton Brown–who as readers know was the public face of the Personhood abortion ban ballot measures repeatedly rejected by Colorado voters in recent years.

“Our Republican candidates are very clear we’re the pro-life party,” she said.

Kirkmeyer says thanks, but Joe O’Dea would like a word. Urgently.

The lesson, once again because we’ve said it countless times before: don’t delete anything, because nothing is ever really deleted and it only draws attention to what you’re deleting.

As for an agenda that a majority of general election voters don’t want?

We’re not really sure how to help with that.