MANDY CONNELL: I love that attitude. And I think it’s the right attitude. I have two follow up questions on abortion, because I want this issue, like buttoned up to be perfectly honest, I want to know everything. How do you define late term abortion?

Again, even more restrictions on abortion than Proposition 115, which voters rejected at the polls less than two years ago.

Following the below mention in The Colorado Sun’s newsletter called the “Unaffiliated,” Jesse Paul published a full story on O’Dea’s rambling abortion position.

AND THEN…O’Dea’s campaign asked for a clarification to change O’Dea’s position from “21 weeks” to “20 weeks.”

Here’s the original lede from The Colorado Sun:

Republican U.S. Senate candidate Joe O’Dea believes abortions should be legal up until the 21st week of pregnancy [Pols emphasis], after which the procedure should be allowed only in cases of rape and incest or when a mother’s life is at risk, his campaign told The Colorado Sun on Friday.

Here’s what that lede was changed to say:

Republican U.S. Senate candidate Joe O’Dea believes abortions should be legal through 20 weeks of pregnancy [Pols emphasis], after which the procedure should be allowed only in cases of rape and incest or when a mother’s life is at risk, his campaign told The Colorado Sun on Friday.

Here’s the “correction,” or “regression,” or whatever you want to call it:

CORRECTION: This story was updated at 12:25 p.m. on Friday, Aug. 19, 2022, to correct a sources error. Republican U.S. Senate candidate Joe O’Dea believes abortions should be legal up until the 20th week of pregnancy, after which the procedure should be allowed only in cases of rape and incest or when a mother’s life is at risk

And, finally, here’s what we believe to be a live look from inside O’Dea campaign headquarters: 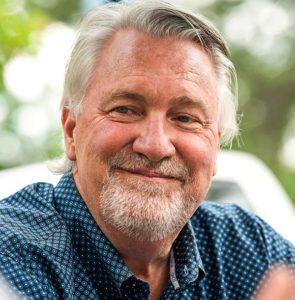 Republican Senate candidate Joe O’Dea has been dancing around on the issue of abortion rights for months as he tries to convince Colorado voters that he is a self-described political “unicorn” who wouldn’t be totally in favor of ending abortion rights in the United States, even though 1) O’Dea has said “Personally, I’m very pro-life”, and 2) O’Dea says that he would have supported all of the recent Supreme Court nominees put forward by former President Donald Trump that paved the road to ending Roe v. Wade..

Colorado Republicans are well aware that the issue of abortion rights is incredibly dangerous for their 2022 candidates. Judging from the social media traffic of O’Dea staffers, they are close to panicking about the fact that their candidate’s position is so at-odds with the rest of Colorado, but they’ve been hoping to spin his various responses enough so that this single issue won’t sink O’Dea in November.

And then on Thursday, O’Dea made a MASSIVE mistake that ended any efforts to establish some sort of ambiguity regarding his position on abortion. As The Colorado Sun reports today for it’s “Unaffiliated” newsletter:

Republican U.S. Senate candidate Joe O’Dea, who has refused to say at what point in a pregnancy he thinks abortions should be banned, told The Colorado Sun on Thursday that he voted for an unsuccessful 2020 ballot measure that would have outlawed the procedure after 22 weeks of gestation, or 5.5 months.

“I voted for that,” O’Dea said in a brief interview after an event in Greenwood Village with U.S. Rep. Dan Crenshaw, a Texas Republican. [Pols emphasis]

O’Dea has said he supports a person’s ability to access abortion early on in a pregnancy but that he thinks late-term abortions should be banned with exceptions for victims of rape or incest or when a mother’s life is at risk. He has refused, however, to define what he thinks constitutes an early term or late-term abortion, only that he thinks the procedure shouldn’t be carred out in the last three months of pregnancy.

O’Dea just ADMITTED that he voted in favor of Proposition 115 in 2020, a ballot measure that sought to prohibit abortions in Colorado after a fetus reaches 22-weeks gestational age (as calculated from the first day of the woman’s last menstrual period). Why would you say this out loud?

Proposition 115 failed in Colorado by a 18 points (59-41). O’Dea basically just acknowledged that his position on abortion is at odds with 60 PERCENT OF COLORADO VOTERS.

And with that, all the other discussions about how or when or where O’Dea might support abortion rights just went completely out the window.

In fact, you can probably mark it down now: August 18, 2022 was the day in which Joe O’Dea lost his bid for a U.S. Senate seat in Colorado.