How Bad Is It? Even Barb Kirkmeyer Running From Abortion

What they’re saying: Kirkmeyer spokesperson Alan Philp told Axios the changes came after the campaign did “a complete redesign” of its website.

Other issues removed were education, cost of living, agriculture and more. The site now just highlights her stances on spending, energy and crime. “We are focused on the three issues in which voters have expressed the most interest,” Philp added.

Short version: of course we shook the Etch-a-Sketch. Everybody is doing it! 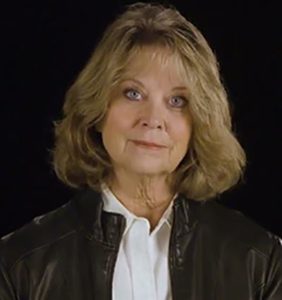 Politico reports today on attempts by a growing number of Republican candidates around the country to de-emphasize their formerly strident views against abortion rights, ahead of a general election in which the issue is expected to be a major problem for Republicans facing an angry and mobilized pro-choice electorate:

Democrats have been hammering GOP candidates on abortion since the fall of Roe v. Wade. That’s left some Republicans scrambling to try to figure out how to soften the blow.

A number of Republicans are trying to avoid political fallout from the Dobbs decision by quietly deemphasizing their past position on abortion on campaign websites and on the trail. Another handful of GOP candidates — especially those in contests in states that are more of a reach for the party — have gone up with TV ads looking to counter Democrats’ attacks on abortion.

We’ve written quite a bit in this space about the struggles of GOP U.S. Senate candidate Joe O’Dea to position himself favorably on abortion with Colorado’s pro-choice majority of general election voters. O’Dea hurt himself from the outset by trying to have it both ways on the issue during the primary, claiming to be “personally very pro-life” while still somehow supporting Roe v. Wade–and simultaneously condemning the new Colorado law codifying abortion rights into statute passed just before Roe’s repeal. Then O’Dea tripped himself up again on the issue of abortion by admitting unbidden that he supported 2020’s Proposition 115, an abortion restriction measure overwhelmingly rejected by Colorado voters.

But we didn’t expect today’s story about Republicans throttling back their message on abortion to snare another marquee Colorado Republican candidate, Barb Kirkmeyer running for the brand-new ultracompetitive CD-8:

In a newly created Colorado battleground district, Republican Barb Kirkmeyer listed defending “the Sanctity of Life” on an issue page of her website, according to a July 5 archived version of the page. An old version also included a video of her speech at the 2022 March for Life event. Both references now appear to be gone. [Pols emphasis]

This after less than two weeks ago, when the very same Barb Kirkmeyer had this to say about her position on abortion when asked directly by the Colorado Sun’s Jesse Paul:

“I’ve been very transparent, very open about my position on abortion,” Kirkmeyer said. [Pols emphasis] “It’s a settled question in this state, so I don’t know why they want to keep bringing it back up other than for political reasons. People know who I am.”

How does one square Kirkmeyer’s claim to be “very transparent” on abortion with sanitizing her campaign website of material on the same issue? It’s simple: you can’t. Kirkmeyer just got caught red-handed acting out the opposite of “transparency.” Despite some weak recent attempts to run cover for Kirkmeyer on abortion by untrustworthy fellow Republican surrogates, it’s quite true that she has been for most of career very up front about opposing abortion anywhere at any time.

Until now. Kirkmeyer saw poll numbers that scared her, and her values evaporated like thin morning fog.