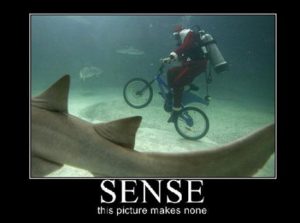 Several absurd recount requests filed by sore-loser Republicans are scheduled to be completed on Thursday. But many of these candidates, including former Secretary of State candidate Tina Peters, are now trying to stop the recounts that they have already paid for because they don’t like how the recounting is being recounted…or something.

This is all very confusing, which is fitting since the original logic behind these recount requests never made much sense in the first place. We’ll do our best to explain all of the bizarre angles involved in this pointless process.

First up, as Quentin Young reports for Colorado Newsline:

A group of Republican candidates for state and local offices, including Mesa County Clerk Tina Peters, who lost their Colorado primary elections in June are asking a court to halt a ballot recount process that they paid to initiate.

The group, members of the Colorado Recount Coalition, filed a lawsuit Monday in Denver District Court that seeks to stop the recount in El Paso County and order that county’s clerk, Chuck Broerman, a Republican, to hand over records to the secretary of state, Jena Griswold, a Democrat, so that she may conduct the recount.

Every candidate in the group besides Peters is running for a local or state office in El Paso.

The same group of candidates except for Peters filed another lawsuit late last week in El Paso District Court against Broerman and Griswold claiming that for each of the candidates about half the fee they were required to pay for the recount was for a purpose that was “unreasonable, arbitrary, and capricious.”

There are two different “lawsuits” at issue here (we put “lawsuits” in quotes because, as Newsline reports, neither the Colorado Secretary of State’s office nor the Attorney General’s office have been served notice about the second lawsuit).

We’ll get to the second “lawsuit” in a moment. The first lawsuit complains that non-automatic recount requests are too expensive. As Pam Zubeck writes for The Colorado Springs Independent:

A bunch of losers in the Republican primary election aren’t fading away gracefully and instead filed a “petition for relief” with the El Paso County District Court on July 29, griping about the cost of a recount and demanding they be given that service without paying the full freight.

Recounts are funded by candidates unless the margin is within a half-percentage point of the number of votes cast for the winning candidate.

But none of the disgruntled candidates came anywhere close to that margin, losing badly — by up to 30 percentage points or more.

In any event, the petition calls the recount costs “unreasonable” and thusly alleges those costs “chill Petitioner’s First Amendment rights.” 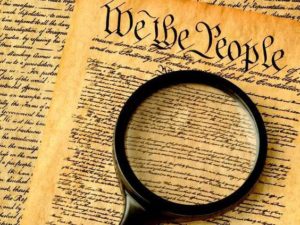 Nope, not in here.

This is preposterous, of course. The First Amendment does not guarantee that candidates who get blown out by their opponents can demand that taxpayers foot the bill for recounts that have no chance of changing the results of said election. It’s also a bit silly that candidates such as Peters, WHO ALREADY PAID FOR THE RECOUNT with money raised since the Primary Election, are crying foul now. It’s hard to argue that the cost for a non-automatic recount is prohibitive when the very people making that request have been able to come up with the money in short order [more on that later].

This lawsuit ties into the second suit, which is just a continuation of an effort by Peters and friends to demand that a recount be conducted by hand because sentient voting machines are selecting winners instead of counting ballots (or something to that effect).

Considering that we don’t require county clerks to count ballots by hand in the first place, there’s no logical reason to demand such a time-consuming practice for a recount. Furthermore, as Charles Ashby of the Grand Junction Daily Sentinel wrote last month:

Peters had asked for a hand count of all ballots, but state law and election rules dictate that existing machines be used in any recount. Those rules were put in place when Scott Gessler, a Republican who now is one of Peters’ attorneys, was secretary of state. [Pols emphasis]

These facts notwithstanding, the second lawsuit wants to stop a recount that is already nearly complete in order to start over again with a hand recount. This is a good place to remind readers, again, that Peters would need somewhere in the neighborhood of 89,000 votes to be switched from Primary winner Pam Anderson in order for her to be declared the actual winner of the Republican Primary. Traditionally in Colorado, even automatic recounts only change a handful of votes one way or the other.

True to mathematical form, The Pueblo Chieftain reports that the recount in the Secretary of State’s race is only finding “marginal differences” compared to the initial June 28th results. The Denver Republican Party is finding the same thing further north:

It doesn’t matter if these votes are being recounted by machine, by hand, or by trained llamas; the outcome isn’t going to change. This is true for Peters, and it is true for legislative candidates such as SD-9 loser Lynda Zamora Wilson, who was crushed by State Sen. Paul Lundeen by a 66-34 margin.

It’s a good bet that neither of these lawsuits are going to succeed, but there are definitely a fair number of people who are making good money off of the recount grift regardless; candidates requesting recounts are raising inexplicable amounts of money to pay for them. We wrote on Tuesday about how Peters has outraised all the other statewide Republican candidates COMBINED since June 23, despite the fact that she was handily defeated in the June 28th Primary Election. As Hannah Metzger reports for the publication formerly known as the Colorado Statesman, Peters isn’t the only defeated Republican whose fundraising actually improved after losing in June:

…Since the election on June 28, Zamora Wilson has raised over $17,311 from 193 individuals to help cover the cost, according to campaign finance reports filed Monday night. Before the election, Zamora Wilson’s campaign raised less than $5,000 total from around two dozen contributions — including $2,052 that she gave to her campaign.

As we wrote on Tuesday, it’s generally a better idea to raise the bulk of your campaign cash before Election Day.

So, what happens next? The same thing that was always going to happen: Peters, and probably Wilson, and perhaps others will refuse to accept the results of the recount showing that they indeed got their asses kicked in the Primary Election. They will continue to demand a “hand recount,” which nobody will grant them. None of these candidates will be on the ballot in November, and eventually news outlets will just stop talking about their nonsense. The people who gave money to their campaigns for recounts will forever wonder what they could have done instead with that cash, only to shell out more money when the inevitable recall grifters come calling in 2023.

For election deniers, it’s the circle of life. Much like any other circle, it never goes anywhere.