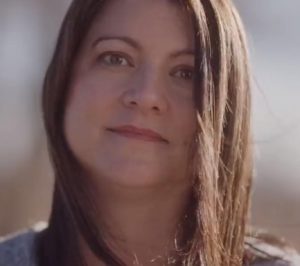 With all sides in the debate over abortion rights in America bracing for a decision this month that could well spell the end of the landmark Roe v. Wade U.S. Supreme Court precedent guaranteeing abortion rights, an issue once aggressively downplayed by Colorado Republicans aware of their political liabilities is now a litmus test for the upcoming June 28th GOP primary. In the GOP U.S. Senate contest, state Rep. Ron Hanks has hammered away at opponent Joe O’Dea’s weakness on the issue. And in Colorado’s new and hotly competitive CD-8, as Jason Salzman at the Colorado Times Recorder reported yesterday, one strident opponent of abortion rights is forcing the other candidates in that race to take a public stand:

In what will likely be Colorado’s most competitive U.S. House race, Weld County Commissioner Lori Saine blasted two of her opponents, Thornton Mayor Jan Kulmann and former Green Beret Tyler Allcorn, for allegedly hiding their stances on Roe v. Wade, the U.S. Supreme Court decision guaranteeing a person’s right to have an abortion.

“Two of my opponents (Allcorn & Kulmann) have been completely SILENT about their views on abortion, especially in light of the recent SCOTUS news,” wrote Saine on Facebook May 5. “They are already looking to please their DC Swamp big money masters. Not me. Silence is why Republicans lose.”

It’s not completely true that Thornton Mayor Jan Kulmann has been “silent” on abortion as Lori Saine suggests. In early April after the passage of legislation in Colorado to codify abortion rights into statute, Kulmann had this to say:

But in Kulmann’s response for this latest story, her general-election escape hatch is becoming apparent:

“I support the states making these decisions,” said Kulmann in a statement May 26, when asked if she wants “Roe to be overturned,” as her opponents do. “And, I look forward to making the case to voters that [Democratic candidate] Yadira Caraveo’s support for late term abortions is too extreme.”

The less Jan Kulmann is made to talk about abortion before June 28th, the better, and here you can see why. Kulmann never actually says she opposes all abortions, only the “late term” abortions supposedly allowed by Colorado’s new abortion statute. Her careful wording leaves open the option of some kind of Cory Gardner-style pivot after the primary, but it’s a pivot Kulmann can’t make until after June 28th since it would be seized upon by Kulmann’s Republican opponents.

Faced with a primary vs. general election electorate more or less totally at odds with each other, Kulmann’s disadvantage against her far more aggressive competition in the GOP primary has made it very difficult for Kulmann to define her own brand–and where Kulmann has “gone there” with a primary-appeal message on divisive issues like immigration, she’s saddled herself with serious baggage down the road in a highly competitive (and heavily Latino) congressional district.

As for Lori Saine Barbara Kirkmeyer and that dude also-ranning in CD-8, they have nothing to fear from being loud and proud on ending abortion since it’s already part of their platform. Kulmann is the candidate with everything to lose if she’s forced to be honest with Republican primary voters. The result, much like with Joe O’Dea, is a confusing and unpersuasive muddle instead of a clear answer.

As Bill Clinton famously said, sometimes “it’s better to be strong and wrong than weak and right.”

If that statement has ever been true, it’s true in this year’s Republican primaries.