UPDATE: In the story cited below, Cory Gardner claims that he started rethinking his support for the Personhood abortion ban "after voters rejected it by 3-to1 margin in 2010." As reported by Lynn Bartels, that appears very hard to believe, in light of the fact that Gardner signed on as a co-sponsor on July 23rd of last year to H.R. 1091: the federal Life at Conception Act. Like Colorado's Personhood abortion bans, this bill would extend "the right to life" to "every member of the species homo sapiens at all stages of life, including the moment of fertilization."

This is just another item confirming what should be glaringly obvious at this point: Gardner's Personhood problems are going to get worse, not better. His explanation for this wholesale flip-flop is plainly belied by facts like the 2013 legislation above–which makes Gardner look like a craven "say anything" politician with no personal values at all. If there's anything worse than dogmatically clinging to an unpopular position, it's being trusted by no one.

It is not hyperbole to suggest that this may be the decisive event of the 2014 U.S. Senate race.

​Lynn Bartels of the Denver Post breaks a huge story late Friday–GOP U.S. Senate candidate Cory Gardner is publicly abandoning his prior explicit support for the "Personhood" abortion bans, statewide ballot measures which in 2008 and 2010 failed with over 70% of Coloradans voting against. Without a doubt, one of the biggest "Friday news dumps" in recent memory:

[Gardner] said after learning more about the measures, which have the impact of outlawing abortion, he realized that proposals also could ban certain forms of contraception, a prohibition he does not support.

He did not say when he changed his mind on personhood, but said he began examining it more closely after voters rejected it by 3-to1-margin in 2010.

"The fact that it restricts contraception, it was not the right position," Gardner said. "I've learned to listen. I don't get everything right the first time. There are far too many politicians out there who take the wrong position and stick with it and never admit that they should do something different."

…Gardner said he stepped forward because Udall and his allies have spent the last three weeks "distorting my record." Among the "lies," he said, claiming that he opposes abortion even in the cases or rape or incest. [Pols emphasis]

In order to understand what a massive reversal this is for Gardner, you can watch the clip of a 2010 9NEWS CD-4 GOP primary debate (above), in which Gardner explains how he not only supported that year's Amendment 62, but actually circulated petitions to help the measure reach the ballot. As a state legislator in 2007, Gardner co-sponsored Senate Bill 07-143–-a near clone of this year's Republican abortion ban bill, which makes no exceptions for victims of rape or incest. Gardner's statement that it's a "lie" to say he opposes abortion even in cases of rape or incest is further tripped up by his co-sponsorship of 2011's H.R. 3, the "Redefining Rape" bill also sponsored by Rep. Todd "Legitimate Rape" Akin of Missouri, which included the word "forcible" in the definition of rape to further prohibit federal funding of abortions. Colorado Right to Life, a major proponent of the Personhood abortion bans, says that Gardner "hasn't yet responded" to their 2014 survey, but listed him in 2010 as "supports Personhood, responded to our survey, has participated in CRTL events, and is considered 100% Pro-Life."

Cory Gardner (R) has been an outstanding pro-life legislator, and has attended a number of CRTL functions, including two Legislative luncheons/breakfasts (something most legislators don't attend). We value his dedication to these issues! [Pols emphasis] Cory has responded to our survey with 7 of 7 questions answered correctly, without any reservations or exceptions. He supported Personhood in 2008 also.

Gardner claims that his flip-flop on Personhood is the result of his "learning" since 2010 that the measure's language would have the additional consequence of banning certain forms of "abortifacient" birth control. But the truth is, that side-effect of the Personhood abortion ban has been known since it originally appeared on the Colorado ballot in 2008. It's simply not true to suggest this is new information. 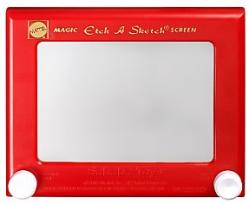 ​With all of this background established, what does Cory Gardner's wholesale "Buckpedaling" of Personhood just three weeks after entering the U.S. Senate, late on a Friday afternoon, mean? There is only one possible explanation. Gardner is afraid. Despite the rhetoric from Republicans today that issues like abortion won't matter in the 2014 elections, or at least won't matter as much as other issues Republicans are trumping up focusing on like Obamacare, this move betrays a realization that Gardner's prior support for a total ban on abortion may indeed be lethal in the general election. Just as it was to Ken Buck in 2010, Bob Schaffer in 2008, and even to some extent Joe Coors in 2012.

But the pressure Gardner was under only makes this Friday news dump look worse. This is not an act of integrity, claiming false "new information" to abandon a politically scandalous position when the smallest possible audience is paying attention. This is the act of a coward. "Con Man Cory," anyone?

As we have said repeatedly in the weeks since Gardner entered the U.S. Senate race, his fresh face and friendly demeanor can't hide a truly unsavory hard-right record. Gardner's political career as a representative of beet-red safe Republican seats in the Colorado legislature and in Congress obliged him to affirm conservative litmus-test credentials on a wide range of issues, abortion being only one. Those years of safe-seat complacency are an enormous liability to Gardner now that he is running for high statewide office. And it begs the question: what will be the next flip-flop?

Because there will be more, folks. Once a politician starts down this road, the rest come easy.