Get More Smarter on Wednesday (June 1) 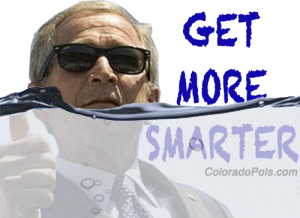 Wait, what? It’s June? Let’s Get More Smarter. If you think we missed something important, please include the link in the comments below (here’s a good example). If you are more of an audio learner, check out The Get More Smarter Podcast. And don’t forget to find us on Facebook and Twitter.

Job openings remain near record highs with 11.4 million job openings, as the tight labor market continues to be a bright spot for the U.S. economy.

Some 4.4 million Americans quit or changed jobs in April, according to a report released Wednesday by the Bureau of Labor Statistics, using their leverage in a labor economy where job openings continue to outnumber job seekers by close to two-to-one.

Employers reported hiring 6.6 million people in April. Layoffs, meanwhile, fell to an all-time low of 1.2 million, as businesses sought to keep the workers they did have…

…The latest figures come as the U.S. job market notches month after month of solid growth. U.S. employers added 428,000 jobs in April — the 12th consecutive month of at least 400,000 new jobs. The unemployment rate is at a pandemic low of 3.6 percent.

► The Colorado Sun outlines six areas where the two Republican candidates for U.S. Senate diverge the most: 1) Abortion rights; 2) The “Big Lie”; 3) Ukraine; 4) Climate Change; 5) Republican Senate caucus leadership; and 6) How to win in 2022.

► Primary ballots will start being mailed to voters next week. Colorado Public Radio has more on how to keep track of your ballot:

Colorado uses a service called BallotTrax that allows voters to sign up for text alerts at each stage of the voting process — from when it’s mailed out, to when the completed ballot is received back at the clerk’s office and their signature is verified.

The Secretary of State’s office said nearly two million Coloradans are already signed up for BallotTrax, out of 3.8 million active voters statewide.

► Republican gubernatorial hopeful Heidi Ganahl keeps getting pulled closer and closer into the mess that is the CU Benson Center for conservative punditry and coup strategist John Eastman.

► As POLITICO reports, Republicans are already hard at work trying to figure out a way to rig the 2022 elections in their favor:

Video recordings of Republican Party operatives meeting with grassroots activists provide an inside look at a multi-pronged strategy to target and potentially overturn votes in Democratic precincts: Install trained recruits as regular poll workers and put them in direct contact with party attorneys.

The plan, as outlined by a Republican National Committee staffer in Michigan, includes utilizing rules designed to provide political balance among poll workers to install party-trained volunteers prepared to challenge voters at Democratic-majority polling places, developing a website to connect those workers to local lawyers and establishing a network of party-friendly district attorneys who could intervene to block vote counts at certain precincts.

“Being a poll worker, you just have so many more rights and things you can do to stop something than [as] a poll challenger,” said Matthew Seifried, the RNC’s election integrity director for Michigan, stressing the importance of obtaining official designations as poll workers in a meeting with GOP activists in Wayne County last Nov. 6. It is one of a series of recordings of GOP meetings between summer of 2021 and May of this year obtained by POLITICO.

Backing up those front-line workers, “it’s going to be an army,” Seifried promised at an Oct. 5 training session. “We’re going to have more lawyers than we’ve ever recruited, because let’s be honest, that’s where it’s going to be fought, right?”

Well, elections are supposed to be decided by voters, but that’s not how the GOP rolls anymore.

► The 2016 election conspiracy nonsense peddled by Donald Trump and his supporters is falling apart right before our eyes.

It’s always been hard to line up Trump’s wild claims about the seriousness of the Durham investigation with its output. Never has that disparity been more stark than today.

► In a separate story, The Associated Press reports on the dismissal of a lawsuit alleging that the 2020 Presidential election was stolen by Dominion Voting Services, Facebook, and others.

► Donald Trump is promoting another bananas conspiracy theory in Georgia. Trump’s preferred candidate for Governor, David Perdue, lost by 52 points to incumbent Republican Gov. Brian Kemp last week in a GOP Primary. This, apparently, is proof that something fishy is going on.

► According to polling data from Navigator Research, an overwhelming majority of Americans blame corporations for America’s inflation problems: 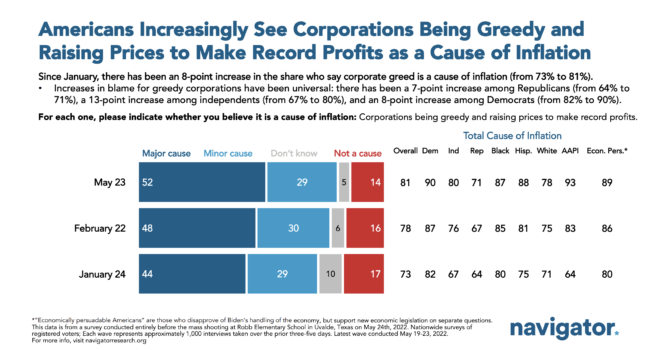 ► Colorado universities appear to be bucking a nationwide decline in undergraduate enrollments.

► Congressman Doug Lamborn is using Air Force Academy cadets to promote his stupid idea about vaccinations that is really just a desperate plea to the GOP base in advance of the June 28 Primary Election.

►  All four Republican candidates running in CO-08 support the potential overturning of Roe v. Wade. As The Colorado Times Recorder reports, not all of the candidates are as loud about it as Lori Saine.

► States such as Colorado are moving to get more active in countering misinformation.

► Colorado universities sent a joint letter to U.S. military leaders encouraging them to keep the headquarters of U.S. Space Command in Colorado.

Colorado will spend $95 million to create two new campuses to help people transition out of homelessness — including supportive housing, behavioral health services and job training — under a pair of laws signed by Gov. Jared Polis on Tuesday.

The first, HB22-1378, creates a $50 million grant program to create a regional campus for the Denver metro to help people recover from and find long-term stability after experiencing homelessness. The second, SB22-211, spends about $45 million to repurpose the recently closed Ridge View Campus, about a 30-mile drive southeast of the state Capitol, into a supportive residential community to help people out of homelessness.

The two create “the largest investment the state of Colorado has ever made in homelessness resolution and prevention,” Cathy Alderman, chief communications and public policy officer for the Colorado Coalition for the Homeless, said. Both are paid for almost entirely with federal relief money.

► Colorado hospitals are receiving their first shipments of baby formula in the midst of a nationwide shortage.

► The City of Denver might eliminate sales tax on diapers.

► The “editorial board” of the Glendale Cherry Creek Chronicle opines on how to separate establishment and “grassroots” candidates on the June 28 Republican Primary ballot: 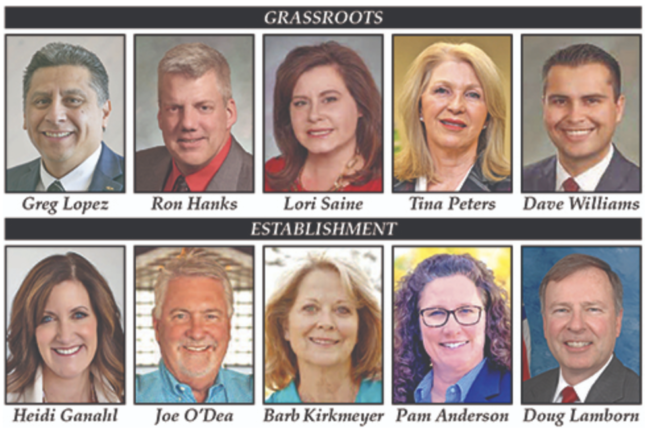 Congressperson Lauren “Q*Bert” Boebert went to a demolition derby to call out New York Democratic Rep. Alexandria Ocasio-Cortez for…refusing to debate her? What?

At least Boebert isn’t totally obsessed with AOC or anything. 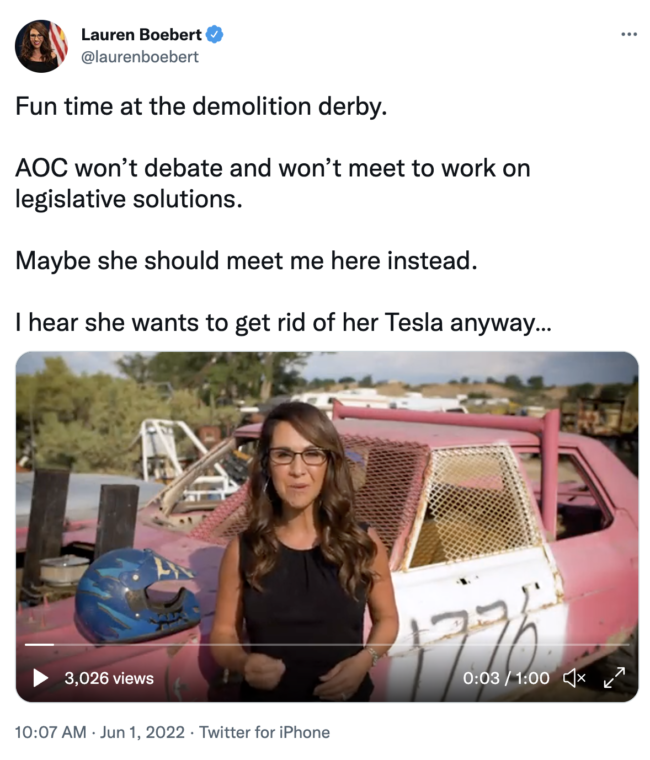 ► The marijuana rush in New York has become big business.

► The U.S. Supreme Court may have to decide the winner of the Republican Senate Primary in Pennsylvania.

► Colorado Republicans are now comparing their own candidate events to a “carnival.”

► Congressional gridlock is slowing down the next needed wave of funding as the U.S. looks to prepare for the next wave of COVID-19 infections.