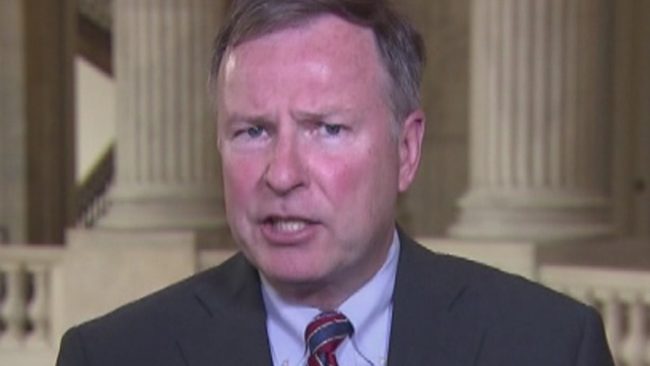 U.S. Rep. Doug Lamborn introduced legislation Friday in the U.S. House of Representatives aimed at protecting service academy students — such as those in the Air Force Academy — from punishment for refusing to receive the COVID-19 vaccine.

“I am deeply concerned about the decisions being made at the Pentagon that would penalize cadets for choosing not to receive the COVID-19 vaccine,” the Colorado Springs Republican said in a press release. “They are even considering asking them to pay back hundreds of thousands in tuition.”

For cadets and midshipmen who haven’t been vaccinated against COVID-19, the press release says the Defending Freedom of Conscience for Cadets and Midshipmen Act would clarify that they can’t be denied graduation, can’t be dismissed from service, and can’t be subject to repayment claims due to their vaccination status.

One of the bigger problems with this legislation, which has a few Republican co-sponsors but no realistic path forward in the Democrat-controlled Congress, is that it would create a double standard for military academy cadets vs. the rest of the military. As Military Times reported earlier this month, thousands of members of the U.S. military have already been discharged for refusing the mandatory COVID-19 vaccine:

Last month, defense officials told Congress that about 3,400 troops have been involuntarily separated from service for refusing to get the COVID-19 vaccine, mandated last fall for all military members.

Of that group, about 70% have received general discharges, a designation that allows them to receive most veterans benefits and potentially rejoin the military at a later date.

In short, the U.S. military has enforced mandatory health regimens that include vaccines for many more years than a few crackpots have been questioning them, and knows as an institution how to deal with recruits who refuse to follow the rules they agreed to follow when they signed on the bottom line to join the service. Compared to the thousands of troops who have been discharged, of the 973 graduates in the U.S. Air Force Academy’s 2022 graduating class, we’re talking about three cadets, and according to CBS4 no cadets or midshipmen at the Army or Navy service academies defending their freedom to create a risk to themselves and their colleagues.

If anything, that’s testament to what a little education can do.

It’s DOA legislation designed for maximum noise with minimum impact, which could be a summary of Doug Lamborn’s whole career. It’s the right kind of noise ahead of Lamborn’s upcoming primary against hard-charging far-right freakshow state Rep. Dave Williams, and that’s about all that can be said in defense of it.