The Other Trump Election Conspiracy Takes a Big Hit 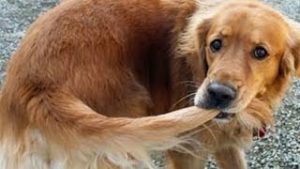 All that work for this?

Republicans such as U.S. Senate candidate Ron Hanks, Mesa County Clerk and Recorder Tina Peters, and Congressperson Lauren “Q*Bert” Boebert may still be talking about the 2020 Presidential election, but you might be old enough to remember that there is another conspiracy theory about the 2016 Presidential election that has yet to be fully abandoned…though that time may be coming soon.

A federal jury found Michael Sussmann, a lawyer for Democrats including the Hillary Clinton presidential campaign, not guilty of lying to the FBI when he brought them allegations against Donald Trump during the 2016 presidential race.

Tuesday’s verdict was a major setback for Special Counsel John Durham, who was appointed during the Trump administration and has spent three years probing whether the federal agents who investigated the 2016 Trump campaign committed wrongdoing. [Pols emphasis]

If you need a refresher, Special Counsel John Durham was appointed by then-Attorney General William Barr in 2019 to investigate a wild theory that Democrats and/or Hillary Clinton and/or the Federal Bureau of Investigation (FBI) somehow conspired with Russians to prevent Donald Trump from winning the 2016 election (which Trump won anyway). As NPR explained last week:

Sussmann stands accused of lying to the FBI about whether he was working on behalf of a client with Democratic political interests when he brought the bureau allegations about questionable links between a Russian bank and the Trump Organization shortly before the election in 2016. Prosecutors said Sussmann wanted to use the FBI and major news outlets to deliver an October surprise that would hand the White House to Hillary Clinton, who was running against former President Donald Trump in that election.

The closely watched case amounts to the first courtroom test for Durham, a prosecutor known for going after mobsters and corrupt public officials who was appointed by former Attorney General Bill Barr to investigate the origins of the FBI probes into then-President Trump and Russia. But his now three-year-long probe has not uncovered explosive evidence of wrongdoing by the FBI. Instead, in this case, the FBI is the victim. [Pols emphasis]

The jury ultimately rejected those claims, apparently swayed by the argument from Sussmann’s lawyer, Sean Berkowitz, who said the prosecution was trying to turn a brief 30-minute meeting more than five years ago into a “giant political conspiracy theory.”

You might be able to argue that it doesn’t really matter that Durham can’t find an actual problem; that this story even still exists could be proof enough that the conspiracy did its job. But if you’re one of those people who still have an interest in things like, ‘facts’ and ‘objective reality,’ then the lack of progress from Durham — and today’s court ruling — indicate that we can probably just close off this rabbit hole once and for all.