UPDATE: The entire delegation of state legislators and senators representing Aurora condemns the firing of police chief Vanessa Wilson and warns it signals regression on police accountability they had a hand in making law:

“The firing of Aurora’s police chief will set back the critical and long overdue efforts currently underway in Aurora to ensure accountability and integrity in our police department. In 2020, we provided the Attorney General with the authority to investigate the department, which led to the finding that Aurora Police engaged in a longstanding pattern and practice of racist policing. Chief Wilson has been working hard to build a police force that reflects the diversity of our community and hold officers accountable for racially biased actions. Her firing in the middle of these efforts sends a terrible message to the police force and to the community about Aurora’s commitment to reforming these practices. [Pols emphasis]

“We commend Chief Wilson for her steadfast commitment to making our communities safer and rebuilding our community’s trust in our city’s police department. She held officers who engaged in misconduct accountable, and refused to tolerate the status quo that the Attorney General’s investigation found consistently endangered the lives of Black and Brown people in Aurora. We will not go back. Aurora needs a police chief who will continue these critical reforms to eradicate the department’s clearly documented pattern of racist policing and targeting of people of color.” 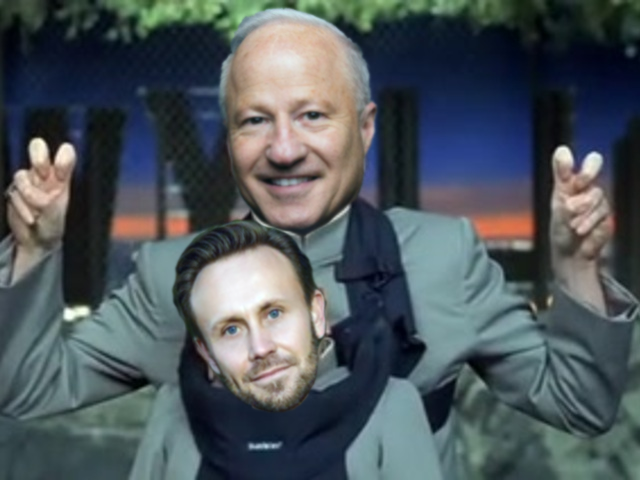 We posted back on March 25 responding to news reports that a plot was afoot by the newly GOP-controlled Aurora city government to oust the city’s police chief Vanessa Wilson, who has been tasked with implementing landmark policy accountability reforms passed by the state legislature and further mandated after a damning investigation into the department’s treatment of minority residents. The culture shock within the department as a result of these reforms has not gone over well, with the former leader of the police union fired for mocking the department’s diversity efforts in an email to colleagues.

As the Aurora Sentinel reports today, an “investigative report” from a questionable outside source documenting a longstanding problem with backlogged police reports–a problem Chief Wilson has by all accounts been working in good faith to resolve–was released yesterday, and breathlessly reported on by every local news outlet. And just hours after the story flooded the evening news:

…Aurora Mayor Mike Coffman posted on social media Tuesday that “there is absolutely no excuse for this, and the safety of our residents has been compromised because of a catastrophic failure of leadership within the department.”

Danielle Jurinsky, who the chief’s attorney has obliquely identified as being part of the conspiracy to oust Wilson, linked to a news article on the audit and said it was “time for significant leadership changes in the APD.” 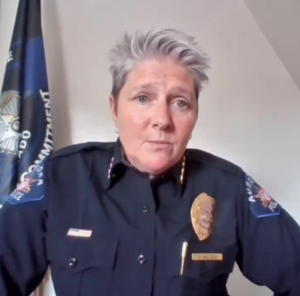 The Sentinel’s editorial board lays it all out with the bluntness afforded by voicing an opinion:

In their misguided effort to push Chief Vanessa Wilson out of the Aurora Police Department, a handful of city lawmakers are turning a serious police records problem into an untenable debacle…

City managers backpedaled from the numbers later in the day, but not before Denver TV stations pushed unchallenged headlines that Wilson’s police department was responsible for inexcusable malfeasance…

[C]onservative Republicans on the Aurora City Council have worked diligently to undermine Wilson in a clear effort to stop critical police reform in the city. [Pols emphasis]

The part of the story left untold all day Tuesday, is that the man who is the CEO of the audit company hired by the city, regularly posts his disdain for police reform, Black Lives Matters, liberals, President Joe Biden, vaccination mandates, those who protest police brutality, “woke” community leaders and even schools for teaching history he disapproves of.

As for the pretext for Chief Wilson’s firing?

It’s a problem…by the city manager’s own admission, that has existed for years. It’s a problem that just a few weeks ago City Manager Jim Twombly lauded Wilson for her diligence in trying to correct. [Pols emphasis]

The Sentinel’s editorial does a compelling job undermining the credibility of the author of the report released yesterday. For us, the timing of this setup couldn’t be more obvious: after almost two weeks of continuous public speculation in the media about Wilson’s allegedly imminent departure and Wilson’s vigorous pushback against those rumors, out comes a vitriolic attack under the guise of “official oversight” that leads in less than 24 hours to Wilson’s firing.

It’s a brazen power play, and it’s becoming the norm as radicalized conservatives take power with an agenda that requires the ouster of everyone in a position to stop them–most recently seen in Douglas County with the botched firing of the school district’s superintendent. More of the same is promised by 2022 Republican candidates like Heidi Ganahl, whose sweeping vows to rescind every one of Gov. Polis’ executive orders are eagerly matched by opponent Danielle Neuschwanger’s promises to fire the entire state employee workforce.

In Aurora, the consequences of one election’s worth of complacency are piling up. What this is leading to is a challenge to the police accountability reforms Chief Wilson was trying to implement within this scandal-plagued department.

That is the wrong direction.