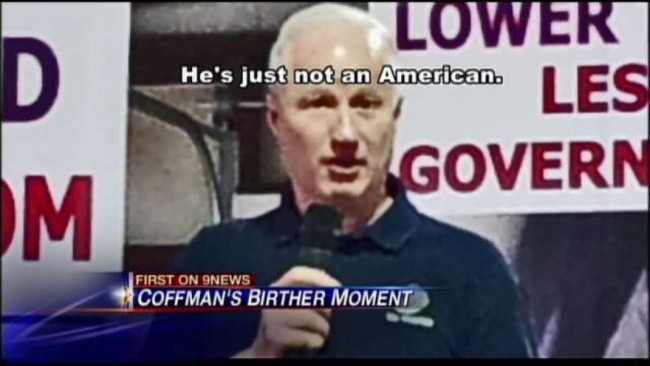 As the Aurora Sentinel’s Quincy Snowdon reports, a comprehensive investigation by Attorney General Phil Weiser’s office into the “patterns and practices” of the city of Aurora’s police and fire departments has uncovered what local activists have long insisted–grossly disproportionate use of force against the city’s Black population. It’s an investigation that would not have taken place but for the landmark police accountability law Senate Bill 20-217 passed at the height of public outrage over the death of George Floyd in June of 2020:

Attorney General Phil Weiser on Wednesday released a wide-ranging review of the Aurora police and fire departments, claiming the former has regularly used excessive force and broken state and federal law by unfairly targeting minorities, and the latter has repeatedly misused chemical treatments on patients.

The so-called “patterns and practices” investigation into Aurora’s two public safety agencies is the first of its kind pursued under a bellwether state law passed last summer amid national protests over police brutality.

The probe, first announced last August, claims Aurora police use force against people of color about 2.5 times more than on their white counterparts, and local officers arrest black residents about twice as much as whites.

In response to this very clear finding that Aurora police and fire departments are brutalizing the population of the city they are employed to serve based on race, Sheneen McClain, the mother of slain young Black Aurora resident Elijah McClain, is calling for the city’s high-profile Republican Mayor Mike Coffman, who narrowly won his latest job after losing his congressional seat representing the area in 2018, to resign:

Qusair Mohamedbhai, the civil rights attorney who represents McClain’s mother, Sheneen, in ongoing litigation against the city, lauded Weiser’s conclusions and demanded that Aurora Mayor Mike Coffman step down from his post.

“Sheneen McClain, the single parent who raised Elijah, welcomes the findings of the Attorney General’s office,” Mohamedbhai wrote in a statement. “The report confirms what many Aurora residents already know — Aurora’s police department has a long standing culture violence and bias. Ms. McClain demands that Aurora immediately enter into the consent decree and calls for the resignation of Mayor Coffman.” [Pols emphasis]

Although Coffman was elected to office a short while after the killing of Elijah McClain in August of 2019, he’s been in charge for most of the city’s troubled response. Before Attorney General Weiser’s intervention, the officers involved in the death of McClain had been cleared of criminal charges by the local DA, and stoutly defended by the then-chief of police. It was a state grand jury that finally handed down criminal charges against the cops and paramedics accused of killing Elijah McClain at the beginning of this month. Were it not for the sustained protests in Aurora demanding justice for Elijah McClain coinciding with the national movement in 2020 for racial justice and an end to police brituality, Senate Bill 217 might never have passed–and none of this subsequent accountability would have been possible.

The facts are clear. Aurora has a massive problem with racism and police brutality. It goes right to the top. The question is now, can Mike Coffman–and the majority he wants to win on the City Council this November–be anything other than part of the problem? After all, it was Coffman himself who called the Elijah McClain protesters “domestic terrorists.”

At the end of the day, Aurora needs justice that Mike Coffman might not know how to provide.