DougCo Schools Spat Gets Nasty With Threat Against Teachers 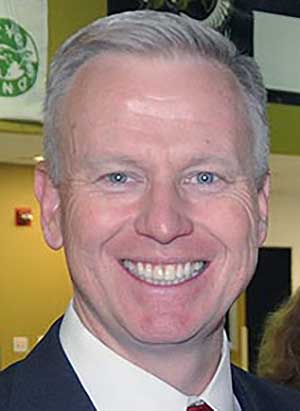 9NEWS updates on the growing controversy in conservative Douglas County, after the newly-elected right-wing school board majority allegedly violated open meetings laws to set up the ouster of DougCo Schools superintendent Corey Wise without the knowledge of the minority. In response, at least 1,350 Douglas County teachers announced they would rally today against the board majority’s actions, prompting the district to cancel class entirely.

Yesterday, the vitriol against teachers involved spiked among the Colorado Republican chattering class, suggesting strongly that this power play by the conservative majority on the board was planned and sanctioned and–key point here–not to be resisted.

“The public ought to know who you are,” [Former DA George] Brauchler said Wednesday on his show. “My vote is the school board vote to publish online the names of every single teacher who bails on school tomorrow in support of their interests.”

Brauchler proposed posting all the names to the school board website.

“Tomorrow, if you are truly sick and you’re a teacher in Douglas County, it may be the wrong day to be sick, because somebody smart is going to get the names of everybody who’s once again abandoning the children, and every parent should know that, and everybody should remember, starting with the politicians, who abandoned the children,” [Pols emphasis] Caplis said on his show Wednesday.

“I think the names of every one of those teachers who abandon the kids tomorrow, they should be considered public record, and nobody should be threatened or abused or anything like that,” [Pols emphasis] he said at another point in the show. “None of that garbage. That’s weak and silly and awful.”

Here’s the problem: if your goal is not to see these teachers “threatened or abused or anything like that,” the best way to do that is to not expose them to threats or abuse in the first place by publishing their names as punishment. Apparently the defense is that since it would only be the teachers’ names and not their home addresses, it’s not “doxxing” in the criminal sense. But in 99% of cases, a name is all a bad actor needs to obtain the remaining information to go after a target. The problem is so obvious that to deny it amounts to an insult to the intelligence of the listener.

If you’re not trying to intimidate teachers, why would you do any of this?

We’re sorry to say it, but the most likely truth of the matter is these conservative talking heads calling for a public shame list for public school teachers welcome a little intimidation of teachers. They can’t say so outright, but in most cases they’re also too smart to not understand the consequences of what they’re calling for. Tacking on a gratuitous “now don’t hurt anybody, of course” is an admission that they know exactly what they’re doing.