Treachery Back In Style On The DougCo School Board

WEDNESDAY UPDATE: As the Denver Post’s Jessica Seaman reports, the resistance in DougCo is ramping up fast in defense of superintendent Corey Wise, who has not yet been terminated or formally resigned:

Hundreds of Douglas County School District employees, including teachers, are requesting substitutes for Thursday as they plan to call out of work in protest of recent actions taken by the newly-elected school board, said the president of the teacher’s union on Tuesday.

The protest comes a day after three members of Douglas County School District Board of Education alleged that other board members are trying to force out Superintendent Corey Wise.

The allegations along with the board’s recent decision to change the district’s equity policy is leading employees to take collective action and hold a rally on Thursday, said Kevin DiPasquale, president of the Douglas County Federation.

“It was necessary to make a statement that draws attention to what’s going on,” he said. 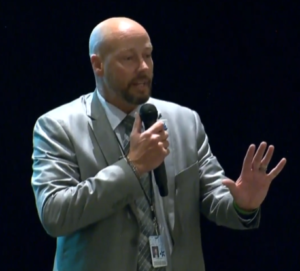 As the Denver Post’s Sam Tabachnik reports, one of the most perennially cantankerous school boards in the state of Colorado, responsible for teaching kids to be grownups in exurban white and in-your-face conservative Republican Douglas County, is once again the scene of deepening controversy after the new conservative board majority appears to have taken the ouster of the Douglas County Schools superintendent into their own hands:

The president and vice president of the Douglas County School District Board of Education issued an undisclosed ultimatum to the district superintendent to resign or otherwise be voted out — all without informing the rest of the board, according to three board members who made the allegations Monday night…

The directors who spoke Monday believe these actions violated Colorado open meeting laws, which govern how decisions can be discussed and decided by public officials, and said the board members are not authorized to take these actions on their own without informing the rest of the board.

The three were told that the board majority had collectively decided they needed to take the district in a different direction. Two board members asked board president Peterson for a reason why they wanted to force [Superintendent Corey] Wise out and he said, “The district needs to get back to academics,” according to Meek.

Colorado open meetings law stipulates whenever there are two or more board members discussing a district-related matter, it needs to first have 24 hours notice and the meeting must be open to the public to observe. Otherwise it violates the state’s “sunshine” laws, Ray said.

He also said two board members conveying to the superintendent that they want him immediately removed is a violation of board policy.

On the one hand, the new board majority has the power to make decisions including the replacement of the current superintendent if they choose. On the other, there is a process to ensure those decisions are made transparently and with the opportunity for the public to at least hear the majority’s reasoning. But it appears that with DougCo’s new right-wing school board majority, elected to make sure that their kids are never subjected to something as tyrannical as a face mask or feeling bad about slavery ever again, transparency takes a back seat to the old-school offer of poison or show trial.

In November, a conservative slate of school board candidates won big in Douglas County, promising more parental control. Immediately, the board took on controversial issues. It eliminated the district mask mandate and passed a new resolution that some worry is the first step in dismantling the district’s equity policy. The equity policy calls for establishing a system for identifying racist practices and discriminatory behaviors…

They’ve got no time for pesky sunshine laws or due process in Douglas County.