Don Coram’s In: Here’s How It Could Work 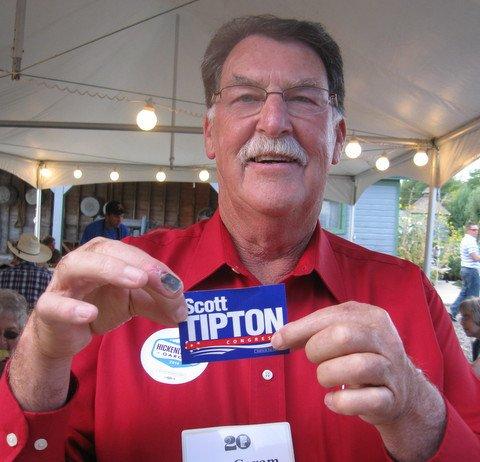 As the Montrose Daily Press broke first and several other news outlets followed up in coverage today, Republican state Sen. Don Coram of Montrose is officially getting in the race to relieve the state of Colorado from its greatest national embarrassment in a generation, freshman GOP controversy aggregatrix Rep. Lauren Boebert–setting up a primary that will chart the course for Colorado Republicans for a long time afterward.

Don Coram doesn’t think “moderate” is a dirty word — and he thinks the majority of electors agree.

Coram, currently state senator for District 6, is banking on those electors turning out at the polls and sending him to Washington, D.C. The Montrose Republican on Monday filed paperwork to run for Colorado’s 3rd Congressional District, putting months of speculation to rest…

“I’m looking at our state and our nation and I’m very concerned that the 10% on the right and the 10% on the left are making all the noise and getting all the attention, and the 80% in the middle are totally ignored,” Coram told the Montrose Daily Press on Tuesday evening.

The Colorado Sun first reported in December that Coram was considering whether to launch a primary challenge to Boebert. Coram is considered a moderate Republican while Boebert is aligned with the party’s far right wing.

“If you’re not willing to reach out and talk to someone that has a different political persuasion than you do and just pound your fist and say ‘this is how it is,’ it’s not going to work,” Coram said during the event. “We are so polarized and so divided with no intentions at this time of changing that.”

As the Grand Junction Sentinel’s Charles Ashby reports, don’t look for Sen. Coram to get into the proverbial pit with Rep. Boebert on Twitter, because that’s not the kind of campaign he’s going to run:

Coram said he doesn’t plan to go negative on anyone, saying his candidacy will be based on telling voters who he is and why they should choose him. Unlike Boebert and Zimmerman, he doesn’t have a Twitter account and doesn’t plan on getting one.

“I don’t think I need it at all,” he told The Daily Sentinel on Wednesday. “I worked for an old man a long time ago who said, ‘Never argue with a fool. A bystander can’t tell the difference.’ That’s what Twitter is to me.” [Pols emphasis]

Challenging a first-term incumbent whose sole objective since being elected to Congress has been to keep her name in the headlines good or bad is definitely an uphill battle. Although Boebert has struggled to keep pace with the massive fundraising hauls of some of her MAGA faction peers, Boebert has formidable resources to draw on to fight off a primary challenge.

What does Don Coram have? Well, Coram has Lauren Boebert. It’s not necessary for Coram to directly attack Boebert in order to present himself as a more credible alternative who would better meet the needs of the Third Congressional District. Boebert’s inability to distinguish between good and bad attention ensures a steady supply of (metaphorical) ammo for independent messengers to take care of that. Boebert keeps herself in the negative spotlight well enough that Coram doesn’t need to point it out–just to hold the high ground while she does it.

That won’t be enough, though. The key to unseating Lauren Boebert in the 2022 Republican primary will lie in a groundswell of turnout from the district’s unaffiliated voters–all of whom will receive a Republican primary mail ballot under Colorado’s somewhat controversial open-ish primary laws. This is the same possibility that led to last year’s failed attempt by hard-right Republicans to cancel the primary and revert to a caucus system to choose nominees. A strong unaffiliated turnout combined with Republicans who are fatigued by Boebert’s antics is a feasible majority coalition to put a challenger like Coram over the top.

As we’ve said before, even though CD-3 was drawn a few points redder in the 2020 redistricting cycle, it’s not out of reach for a strong Democratic challenger against a scandal-plagued incumbent. Before that, however, Republicans have a chance to undo the damage done by letting a public relations disaster like Boebert get past their filters.

If Republicans do not take it, they take ownership of Lauren Boebert. It’s that simple.