“I could go into the thousands of phone calls and text messages and emails from people throughout the district that have reached out to me to take a look at it,” Coram said in an interview. “The fact is I have a very solid record as a moderate who is kind of a ‘get it done’ type…”

He did not say whether Boebert’s recent Islamophobic comments against Minnesota Rep. Ilhan Omar further swayed him to consider entering the race, just that the requests for him to run have been numerous and consistent. He did criticize the intense polarization in Congress.

“I’m concerned that we as a state and as a nation have extremes on both sides. The left and the right seem more hell-bent on dividing our nation rather than uniting our nation,” he said. 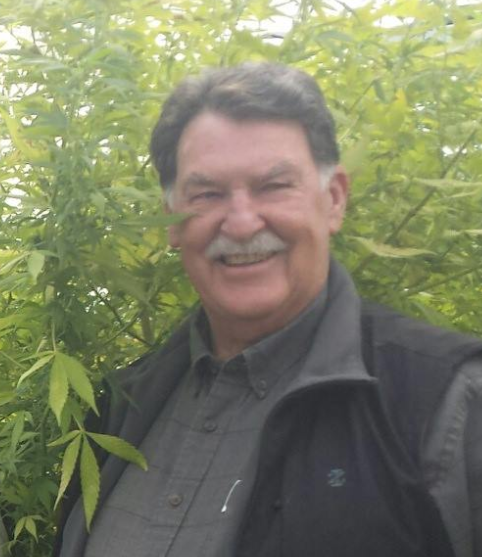 State Sen. Don Coram, of Montrose, told The Colorado Sun’s political newsletter, The Unaffiliated, that he has been contacted by multiple people who want him to run against the 3rd Congressional District incumbent from Garfield County.

The timing would make sense for Coram, who is heading into the final year of his first term as a state senator. He can’t run for reelection because of redistricting.

Coram was drawn into the same district as Republican Sen. Bob Rankin, of Carbondale. Since Rankin’s term doesn’t end until January 2025, he will keep the seat. Coram’s only options to stay in the legislature are to run for a House seat, which is unlikely, or move into a new Senate district, which it’s too late to do. 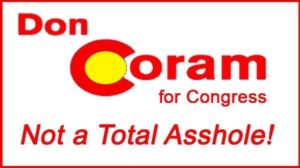 The recently-completed redistricting process has left Rep. Boebert’s district slightly redder than it was in the previous decade in which it was held relatively easily by Rep. Scott Tipton–now a +9 Republican lean from +6. That’s still not outside the realm of possibility for a strong Democratic challenger, but as we’ve written in this space a few times it also creates a tantalizing opportunity for a Republican primary challenge to Boebert. Boebert’s underperformance in the 2020 general election compared to her predecessor is likely to be repeated giving her extremely polarizing brief tenure in office, allowing a credible challenger to argue that they could hold the seat with less effort–not to mention being less of a brand-killing embarrassment to the Republican Party going forward.

State Sen. Don Coram could be the perfect choice as a level-headed and qualified conservative alternative to Boebert’s exhausting bombast-on-blast style. Boebert’s strategy of continuously seeking to define the extreme position on every conceivable issue, endlessly cultivating outrage to keep her critics saying her name (and in the process deflecting from her growing list of very real ethics problems) does nothing to address the needs of her constituents–and with Colorado’s open-ish primaries allowing unaffiliated voters to participate in the CD-3 Republican contest, an experienced and trustworthy alternative to Boebert is going to draw a lot of support.

No disrespect intended to the relatively unknown Marina Zimmerman, who filed to run early against Boebert and has bravely carried the torch of intra-GOP resistance to Boebert in the district up to now. But if you’re a Republican with a conscience who has been chafing at Boebert’s unyielding nuttery, or just one who wants to maximize the odds and minimize the harm going into a crucial midterm election, Don Coram should have your full attention.