A Few Words On Being Real With Your Donors 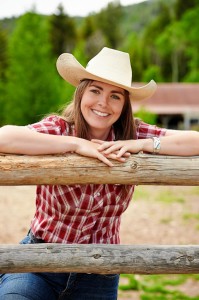 As the Denver Post’s Alex Burness reports, a significant development in the incipient 2022 race for Colorado’s Third Congressional District we’re obliged to note:

Donovan was drawn out of the 3rd District in the final map approved last week by state’s independent redistricting commission; it keeps her hometown of Vail in the 2nd Congressional District.

Donovan criticized the map, which still needs to be approved by the state Supreme Court, as anti-competitive. As it stands, it would lean — heavily, in some cases — for Democrats in four districts and Republicans in three.

Last week, the Colorado Redistricting Commission voted to approve new congressional district boundaries in our state. Under the former lines, my ranch in Edwards lay within the Third District. But under the new lines, my ranch is no longer within the district. The district also became more Republican — an inexplicable change given that Colorado has grown significantly more Democratic since the last redistricting process 10 years ago.

The commission’s map must now go to the State Supreme Court for final approval. And to be completely candid with you…I believe the Court should reject the map. It makes Colorado’s districts less competitive across the board and makes a split 4-4 delegation a likely outcome, which no one can credibly say reflects the will of the voters in this increasingly blue state.

I will continue to speak up for a map that serves the needs of the people of Western and Southern Colorado and reflects the will of the people. It goes without saying that families here deserve better representation than Lauren Boebert — and the fact that this new map gives her a leg-up on her competition despite how radically out-of-step her views are should give everyone involved in this process serious doubts.

As we’ve already written in our initial assessment of the “final” congressional district map before the Colorado Supreme Court, CD-3 has shifted measurably–but not insurmountably–to the right. Although it’s not technically required for congressional representatives to reside within the boundaries of their district, Donovan being drawn out of CD-3 even by a small distance would be still another hurdle in an already uphill campaign.

In the end, suspending fundraising to see how the dust settles on the redistricting process is the honorable choice for Sen. Donovan, who gets credit for being honest early in the cycle with her donors. In the event Donovan does pull out of the CD-3 race, it’s an opportunity for Democrats who remain part of Rep. Lauren Boebert’s constituency to lead the still-conceivable charge to unseat her (here’s looking at you, Pueblo).

Or a fellow Republican who gets there first? There are plenty of Republicans biding their time who want to see Boebert ousted, but their most desirable long-term strategy for that would be for a Democrat to take out Boebert and then be vulnerable the following election. The flip side of that bet, however, is that Republicans could find themselves stuck with Boebert and the damage she does to the party brand outside the cozy confines of CD-3.