Winners and Losers of the 2021 Congressional Redistricting Cycle 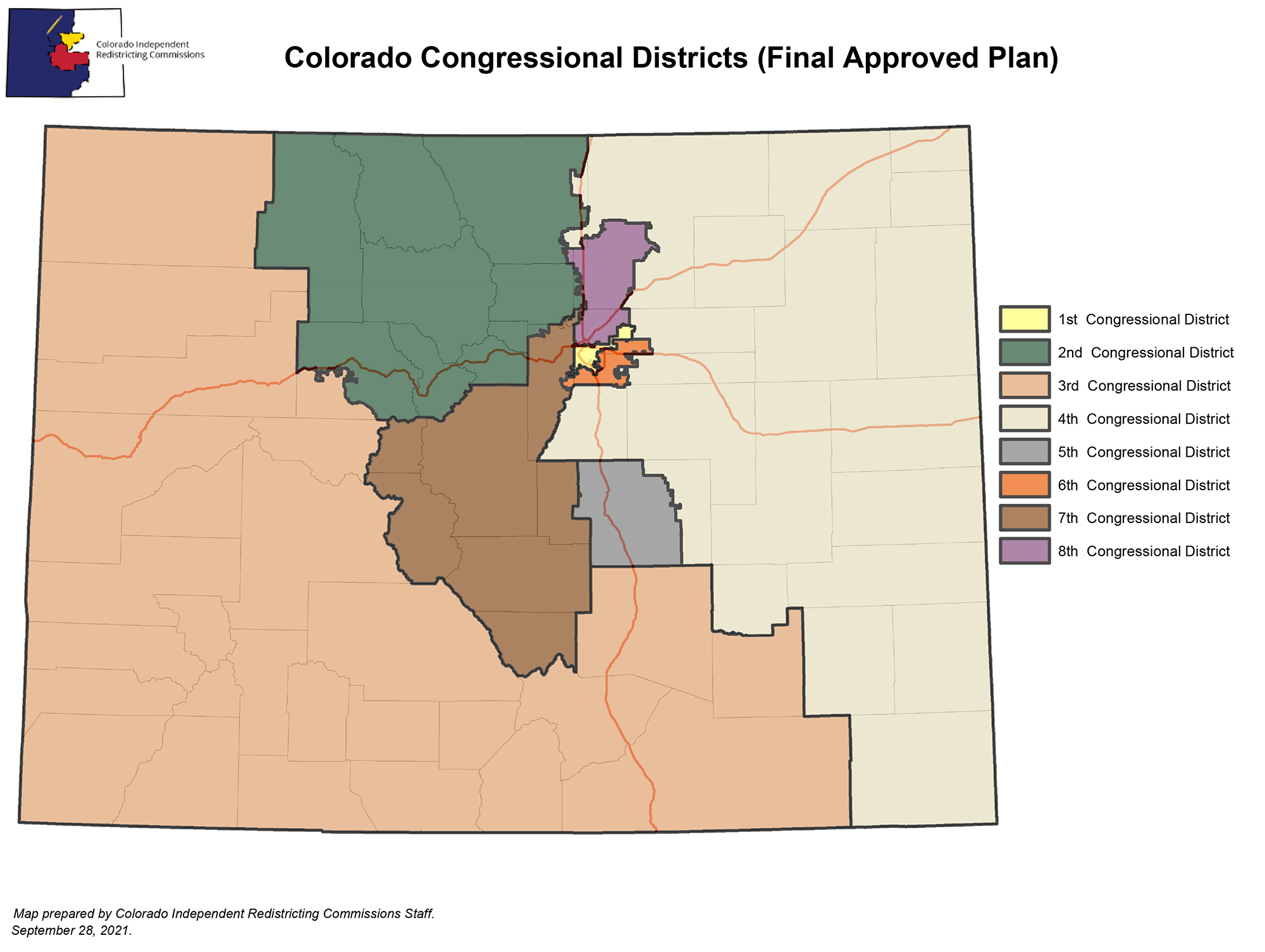 *Note: This map must still be approved by the Colorado Supreme Court. Our analysis may change if the map does.

Rep. Jason Crow
The redistricting commission handed incumbent Democratic Rep. Jason Crow what could be the biggest win of the process, redrawing a district with a 2021 Cook Partisan Voter Index (PVI) of D+6 into a substantially safe estimated D+15 stronghold. This will have a significant impact on future Republican challenges for a seat they held from its creation in 1983 until Crow’s 2018 victory over Mike Coffman. If approved, this map solidifies the population growth around an Aurora and South Metro seat that has trended more favorably to Democrats in recent cycles.

Aurora, Kept Whole
The consolidation of CD-6 into Rep. Jason Crow’s D+15 stronghold is also a win for the city of Aurora, Colorado’s largest suburban city kept whole in a single district. This is a win for the city that Republican Aurora Mayor Mike Coffman, who lost the CD-6 race in 2018 to Crow, can’t celebrate.

Joe Neguse
In what could be considered too much of a good thing, Rep. Joe Neguse of Boulder’s CD-2 shift from blue to…well, really dark blue. The new CO-02 moves from a D+12 2021 Cook PVI to a whopping estimated D+34 under the new map. The history of Democrats representing a CD2 that stretches from Boulder to the mountains is pretty good so far, starting with Mark Udall in 2002 and most recently with Jared Polis winning the governor’s race. 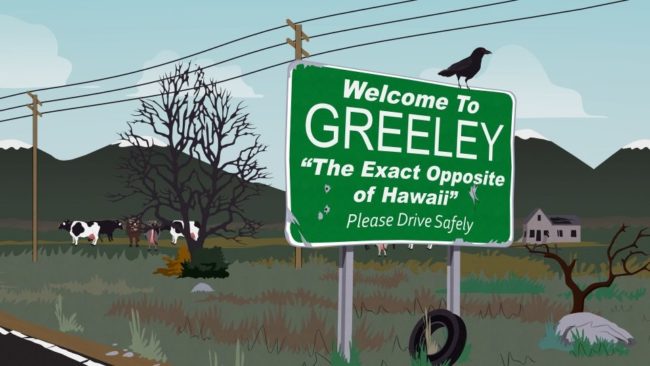 North Metro Area and Greeley
Perhaps neglected as other areas of the Denver metro area prospered–and benefited from major infrastructure projects like FasTracks and T-REX–the north Denver suburbs of Adams County won a pivotal victory in the establishment of Colorado’s new CD-8 seat to represent the north metro area, including Brighton and as far north as Greeley. Although Republican mapmakers had other plans in mind for Colorado’s new congressional seat, this map is a recognition of the north metro area’s huge growth in recent years. On paper set to be the state’s most competitive district, watch for this seat to follow the rest of the urban corridor in steadily bluing with maturation like suburban CD-7 has over the past two decades. For years, arch-conservative Weld County’s seat of government in Greeley has been an island of Democratic strength in what could be fairly termed as a red sea. Now the northernmost city in the brand-new competitive CD-8, the chance for Greeley to emerge from Weld County’s regularly embarrassing shadow (see: the 2013 secession movement and the latter-day “Weld County, Wyoming”) and wield real political influence has finally arrived.

Jefferson County, Still an Anchor
CD-7, long held by the popular and hard-working Rep. Ed Perlmutter, saw what could have been the most significant geographic change to its boundaries of any district other than brand-new CD-8. The result looks much different on the map, but the political leanings of the new CD-7 actually change minimally from the 2021 Cook PVI of D+7 thanks to the large population of Jefferson County. 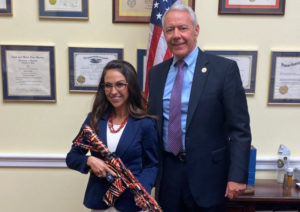 Lauren Boebert and Ken Buck
Both incumbent Republicans could have been drawn out of their current districts, though both would have just moved so that they could run again in whichever nearby district had more of a Republican lean. Boebert had already signaled that she had no interest in running against someone like Rep. Joe Neguse. Buck didn’t want to worry about appealing to a new district that stretched into Metro Denver.

Diana DeGette and Doug Lamborn
Colorado’s two most heavily partisan districts didn’t change all that much. DeGette’s CO-01 remains a Denver-centric seat. Lamborn no longer has to worry about rural El Paso County and the other counties of the old CD5, where Club 22/Action 22 Republicans were getting a little tired of being ignored.

Park, Chaffee, Fremont, and Teller Counties
Folks in these counties used to be represented by Lamborn, who probably couldn’t find them on a map. Now they get Perlmutter, one of the more energetic and accessible members of Colorado’s Congressional delegation.

Numerical Consistency
The new districts are still numbered in a way that is consistent with what we’re used to seeing from the last two decades.

People Drawn Out of Boebert, Buck, or Lamborn’s Districts
These Republicans brought zero federal dollars into their districts while focusing most of their efforts on partisan social issues. Residents of split areas, such as Ft. Collins, can at least count on getting help from Democrats who share the area with Republicans.

Patrick Neville, George Brauchler, and Other South Metro Republicans
Republicans had hoped to combine Southern Jeffco with Western Douglas County to make a seat that would be more conducive to a November victory, but that didn’t happen. Termed-out elected officials with no obvious place to go in 2022 were hoping that there would be a favorable nearby district in which they could make a run for Congress. If Neville, Brauchler, Kevin Van Winkle and others want to move up the ladder, they’re going to have to challenge Ken Buck in a Republican Primary first. Running against incumbent Democrat Jason Crow (see above) is also no longer a realistic option (sorry, Lora Thomas).

The Non-Boebert Wing of the GOP
Colorado’s mostly-rural CD-3, once anchored on the two very different urban areas of Pueblo and Grand Junction, saw changes in the redistricting process that moved the district a few points redder than the 2021 Cook PVI of R+6. This outcome presents Colorado Republicans who are not enamored with the district’s incumbent train wreck Rep. Lauren “Q*Bert” Boebert with a dilemma: Is a Republican primary against Boebert the only way to stop the metaphorical bleeding? Anti-Boebert Republicans thinking strategically would prefer to see Boebert ousted by a Democrat who would then be vulnerable in the next election rather than directly confronting Boebert themselves (see: Markey, Betsy). But in an R+9 district, that’s a risky bet–and an ambitious Republican challenger might not see the need to wait.

El Paso County
Unless one of his perennial primary challengers manages to succeed where all others have failed, enjoy another decade of Doug Lamborn’s inept representation. 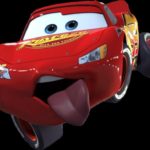 Ed Perlmutter’s Car
The incumbent Democrat in CO-07 is used to representing a district that mainly consisted of Jefferson County. The new CO-07 now extends south as far as Custer County, which more than doubles the geographic size of the district. Perlmutter will be racking up a lot of miles on HWY 285.

Iterative, Gerrymander, Communities of Interest
If we never hear these terms again for the rest of our lives, we will be perfectly content.

Democratic Challengers in CD-3
There’s no honest way to deny that the CD-3 map has shifted several points toward Republican advantage, complicating the path of any Democrat looking to unseat Rep. Lauren Boebert in 2022. The one thing we can say is that the map as redrawn does not completely rule out a Democratic victory against a polarizing and increasingly scandal-plagued incumbent. It’s generally expected that Boebert will continue to underperform as she did by several points in 2020, and victory will hinge on a vigorous Democratic campaign making the case that Boebert is objectively unfit to serve. As for what comes after 2022…well, that shouldn’t matter. 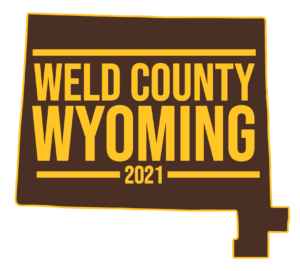 Weld County, Wyoming
Conservative Weld County, having tried twice now to kick-start some momentum for a campaign to secede from Colorado and form either the new state of “North Colorado” or simply provide a fleshy bit for the state of Wyoming, is going to have trouble squaring that objective with the new political reality of being split by the new CD-8. On the upside, the area’s new competitive seat in Congress is actual political power instead of the silliest pipe dream of the 2010s.