Boebert Calls Her Own Bluff on 2022

When we wrote in this space on Tuesday about the new proposed Congressional maps in Colorado, we noted that for all of Rep. Lauren “Q*Bert” Boebert’s tough talk about taking on Democratic Rep. Joe Neguse (D-Boulderish) in 2022, the truth was that Boebert wanted nothing to do with this potential matchup.

As we noted at the time:

This is a good time to remind you that Members of Congress DO NOT need to actually live within the boundaries of the district they represent. The chances are probably pretty good that Boebert would just run in CO-03 instead of challenging Neguse in a district with a slight Democratic lean in terms of registered voters. 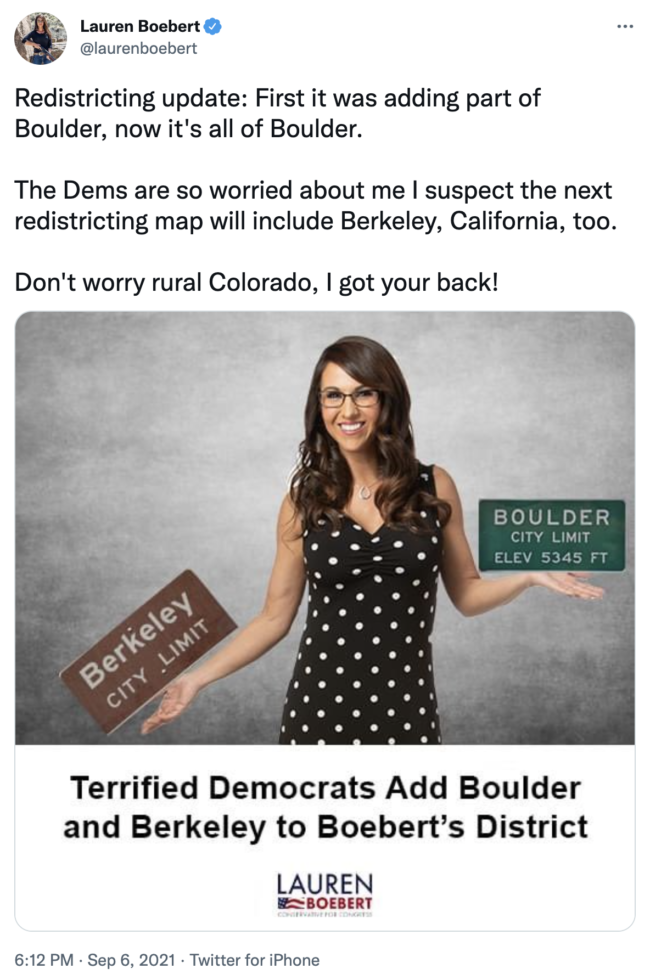 Less than a week later, Boebert was singing a much different tune. Here’s what she Tweeted out today: 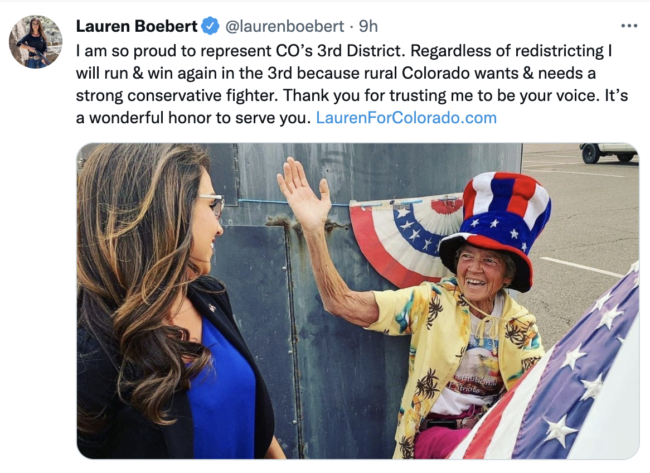 Given that the newest proposed redistricting map is NOT final and could still change significantly in the coming weeks, there was no real need for Boebert to call her own bluff so soon. But like most bullies and blowhards, Boebert is more comfortable pretending to be a “fighter” in a district in which she already has a built-in advantage.

If you draw a line in the sand with Boebert, she’ll raise her voice and puff out her chest…and then she’ll just step back and draw a different line.