Who The Hell Would Want To Be A GOP SoS Candidate Today? 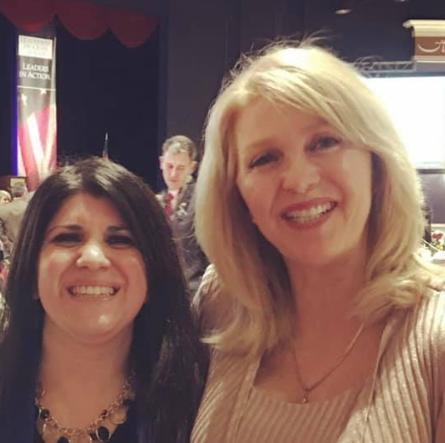 Ernest Luning of the Colorado Springs Gazette’s political blog took note of a Tweet yesterday from Rose Pugliese, the Republican former Mesa County commissioner widely expected to run for Secretary of State against Democratic incumbent Jena Griswold, putting the brakes on that speculation–which as we noted a month ago was getting wobbly:

“Despite speculation that I am ‘running for something,’ ” Pugliese tweeted, “I have decided not to run for office at this time so that I can focus on providing for my two young children.”

Since early this year, Pugliese has been making the rounds at GOP functions while chatter grew that she intended to run against Griswold, the first Democrat elected secretary of state in nearly 60 years.

The announcement leaves Colorado Republicans without even a rumored candidate for the state’s top election office. Since last year, Griswold has been at the center of a partisan firestorm surrounding voting methods and unfounded allegations of widespread election fraud by former President Donald Trump and his supporters.

Rose Pugliese shows her support for Tina Peters in 2018.

Pugliese was a regular feature at Republican Party fundraisers through the summer of 2021, often joined by all-but-announced gubernatorial candidate Heidi Ganahl in what very much looked like a preview of the 2022 ticket. Pugliese had set up a generic fundraising entity “Rose For Colorado” chaired by GOP usual suspect functionary Katie Kennedy, and by all accounts was pretty far down the field toward launching a run for Secretary of State–“running for something,” anyway, like we said back in April.

So what happened? Notwithstanding personal circumstances we’re not able to speak to, the simple truth is that Rose Pugliese was severely compromised by the election data breach in Mesa County for which Pugliese’s longtime friend and political ally Tina Peters is now under criminal investigation. There was no way Pugliese could launch a campaign for the state’s chief elections officer without addressing the scandal in Mesa County, and any answer she gave would have the effect of undermining her campaign–with either the Republican base who think Tina Peters is a hero, or everybody else.

And that brings us to the next question: given the chasm between Republicans who believe without evidence that the 2020 elections were stolen from Donald Trump and the reality the rest of us live in, what Republican in their right mind would want to run for Colorado Secretary of State in 2022? Republican county clerks who dare to challenge the conspiracy theorists in their own party are subjected to threats and harassment. Trump and his minions are constantly on watch for signs of disloyalty. But at the same time, an SoS candidate who embraces the increasingly nonsensical conspiracy theories pushed by Trump’s dead-enders cannot possibly win a statewide election in Colorado.

If Rose Pugliese sized up this politically untenable situation and decided “no thanks,” it’s tough to blame her. The question is, can any Republican win the Secretary of State race in 2022 with Trump looming over their shoulder?

As of today, that seems unlikely.