UPDATE: Fugitive from justice, anyone?

Lindell is talking about Tina Peters this morning. Says he is helping her stay at a “safe place.” According to audio of cyber Josh Merritt Lindell shared yesterday, Peters is in Texas. pic.twitter.com/pWgSzsuqxb

It seems to us as though Mesa County Clerk Tina Peters ought be in Colorado where so many people want to talk to her, for example the Mesa County DA and the FBI. On the upside, if Peters is on the lam she can’t complain much about being relieved of her elections duties.

How will it end? Your guess is as good as ours, but it’s getting crazier by the minute.

CNN updates with the latest developments in the investigation into a security breach in the Mesa County clerk’s office that resulted in passwords and data from Dominion Voting Systems election computers being publicly distributed by Ron Watkins, who is alleged to be in large part behind the “QAnon” conspiracy theory movement.

Mesa County Clerk Tina Peters, who fled the state last week while search warrants were executed on her office to attend Mike Lindell’s thoroughly discredited “Cyber Symposium,” could get a one-way ticket to Club Fed before all is said and done:

The FBI Denver field office has joined a Colorado district attorney’s investigation into the County Clerk’s office and how voting machine logins from the county wound up in a QAnon-affiliated video, an FBI spokeswoman told CNN.

Voting machine logins from Mesa County were featured in an August 3 video posted on a QAnon-affiliated Telegram ​channel about 2020 election fraud claims.

In a press conference last week, Colorado Secretary of State Jena Griswold blamed Mesa County Clerk Tina Peters for the leak, saying the secretary of state’s office could not establish a verifiable chain of custody ​for the machines, and that Peters brought a “non-employee” to a May 25 “trusted build” meeting where closely guarded voting machine login credentials were visible to attendees. Griswold said her employees had been misled to believe that the “non-employee” in question was a county employee.

The FBI joining the case is important for two reasons: first and foremost obviously they are investigating potential violations of federal law. But there’s also been some concern expressed as this scandal has developed that fellow Republican Mesa County District Attorney Dan Rubinstein might not be as eager to press charges against Peters out of partisan loyalty. The FBI in addition to Secretary of State Jena Griswold’s close eye on the situation should go a long way toward encouraging Rubinstein to faithfully execute his responsibilities.

Meanwhile, as the Grand Junction Sentinel’s Charles Ashby reports, the usual-suspect far-right mobs who have been showing up to Mesa County Board of Commissioner meetings to threaten civil war over having to wear facemasks turned out in force yesterday to defend Tina Peters:

Earlier on Monday, a large group of Mesa County residents asked the county commissioners to condemn Griswold for her investigation and to stand behind Peters, saying the clerk is a hero for trying to uncover cracks in the state’s election system…

Monday’s appearance by two dozen local residents, many of whom were part of an effort in June calling on the county to declare itself a “constitutional sanctuary,” questioned the results of the 2020 election, all offering anecdotal evidence to support their claims.

When these same angry mobs were threatening civil war over public health orders to control the spread of COVID-19 a few weeks ago, the all-Republican Mesa County Board of Commissioners found itself in the strange position of having to argue against the message of the area’s representative in Congress, Rep. Lauren Boebert. After all, Boebert’s regular attacks on preventative measures and the “experimental vaccine” directly fueled the fire of the mob who showed up to threaten Mesa County commissioners. It’s difficult to have sympathy for Republicans who have benefited from this same irrational political movement when it turns and bites them as it has in Mesa County, but the conflict was and remains highly revealing. 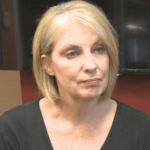 In that spirit we turn to Commissioner Janet Rowland, who can best be described as distastefully conservative, yet nonetheless rebutted yesterday’s mob questioning the results of the 2020 elections so perfectly we couldn’t have written it better ourselves:

“There is an ongoing investigation, not just by the Secretary of State, but by our own elected district attorney, Dan Rubinstein, who I’m guessing most of you voted for,” Rowland said…

“When I hear questions about the election results being compromised in Mesa County, what I hear is you are saying (U.S. Rep.) Lauren Boebert wasn’t legally elected in Mesa County,” Rowland said. [Pols emphasis] “(Rep.) Janice Rich, (Rep.) Matt Soper, (commissioners) Janet Rowland, Cody Davis, none of us were legally elected, there was fraud. That’s what I hear. I’m having a hard time understanding that.”

Folks, Janet Rowland is not just right. With one simple counterpoint, Rowland has effectively refuted every Republican–especially every Republican elected to office in 2020–who claims without evidence that the 2020 elections were stolen. Because if we can’t trust the system in one case, how can we trust it in any case? Boebert has no answer for this, neither does Rep. Matt Soper who baselessly second-guessed Dominion Voting Systems hardware after his preferred candidates lost the Grand Junction City Council elections last spring–despite his own victory the prior November being counted on Dominion machines.

By the time this is over, Mesa County’s Republican commissioners, simply by being forced to confront the byproducts of Republican misinformation in their jurisdiction, could do more to undo the GOP narrative in 2021 than any Democrat possibly could. For whatever reason, this deep-red county is where the rubber of Republican rhetoric is meeting the road–and it is not going well.