Hardcore Homegrown COVIDiots Come Out To Play In GJ 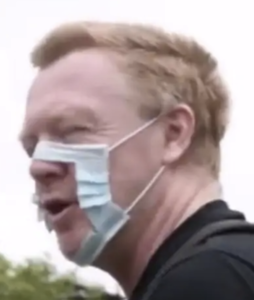 600,000 dead Americans makes this an especially funny joke, doesn’t it?

As KREX-TV Grand Junction reports, an undeniable correlation between high infection rates for COVID-19 and low vaccination rates for the eligible population is making itself painfully clear–as one of the state’s most conservative political strongholds, Mesa County, struggles at what everyone hopes is the tail end of the pandemic:

According to the U.S. Department of Health and Human Services, the state currently has over 500,000 cases of COVID-19, with Mesa County having the lowest vaccination rate in Colorado’s most populated counties.

While the rate of vaccinations remains low, the number of hospitalized COVID patients is rising. From march 11th to June 9th, COVID hospitalizations have gone up forty percent, according to state and local health agencies. [Pols emphasis]

Mesa County’s 38% vaccination rate, as KREX reports, is dead last among Colorado’s most populated counties. With hospitalization data showing that all but a tiny fraction of COVID patients at this point are unvaccinated, the cause of this correlation is painfully clear–willfully unvaccinated people are directly responsible for the virus continuing to circulate in certain parts of the state. The danger posed by this situation affects all of us, not just those choosing to not get vaccinated, since continued circulation of the virus is what makes the potential emergence of a variant that could threaten vaccinated people possible.

From the earliest days of the COVID-19 pandemic, Mesa County has been a hotbed of partisan political resistance to measures implemented to control the spread of the virus. Last March, Colorado Senate GOP leaders decried Gov. Jared Polis’ emergency orders by complaining bitterly that Mesa County had seen “just six confirmed cases of COVID-19.” Rep. Lauren Boebert all but orders her loyal social media followers not to take the “experimental vaccine.” Earlier this month, the Colorado Times Recorder reported on a conference organized in Grand Junction by Boebert’s former campaign manager Sherronna Bishop devoted to COVID-19 pseudoscience and featuring an array of, to put it as diplomatically as possible, total crackpots that no responsible person should listen to. 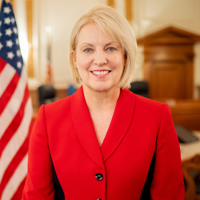 And then last night, as the Grand Junction Sentinel’s Charles Ashby reports, a mob of angry Mesa County residents confronted their fellow Republican county commissioners, warning of not just civil war but holy war. We’re not experts on the subject, but we do believe that holy war is way worse than civil war:

Comparing government’s response to the COVID-19 pandemic with “medical tyranny” and the vaccine for it with a Nazi-like “medical experiment,” a group of Grand Valley residents descended on the Mesa County commissioners Monday to denounce efforts to combat the coronavirus and call for the county to be made a “constitutional sanctuary.”

Not doing so could lead the nation into a holy war, or at least a second civil war, they said…

In calling on the county to do more, one person referred to their efforts as “a holy war,” while another said the post World War II Nuremberg trials made clear the immorality of forced medical experiments, saying the vaccines developed to combat the virus were part of that.

All said they didn’t trust the state and local governments in their efforts to deal with the public health crisis — some even questioned whether it constituted a pandemic — while one person claimed that the Centers for Disease Control and Prevention was a private group earning a profit on the sale of the vaccines.

The description in this story of Mesa County Commissioner Janet Rowland, who our long-time readers know is herself a hard-right red-meat slinging conservative activist, futilely trying to reason with these unhinged people threatening violence over something as simple as a privately-funded $500 drawing to incentivize getting voluntarily vaccinated, might evoke sympathy if you don’t know the players involved. But don’t weep for Rowland: virtually every Republican holding power today in Mesa County has at one point or another either openly cultivated support from the fringe right or made peace with it enough to operate. These are their people. This is the Republican base.

While all three commissioners told the speakers that they were sympathetic, they defended [Public Health Director Jeff] Kuhr’s and the county’s actions in dealing with the pandemic as best they could…

If 600,000 dead Americans aren’t enough to make these “sane Republicans” who we keep hearing do exist stand up and reclaim their party, seeing with their own eyes the disastrous consequences of not doing so, we have no idea what it will take to motivate them.