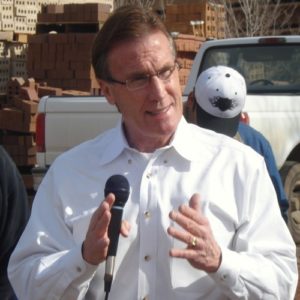 Positive COVID-19 tests jumped another 183 cases, according to the county health department. In the past two weeks alone, Mesa County has recorded 1,594 positive cases. That figure accounts for more than half of the county’s total positive case count since the pandemic began, 3,097.

Mesa County’s two-week positivity rate, a key indicator health officials use for tracking the prevalence in an area, was recorded at 10.28%.

This weekend, new restrictions went into effect in Mesa County as officials struggle with the surge of cases and a long, dark winter has not yet even begun:

As COVID-19 cases surge, the Mesa County Board of Public Health has approved a new Public Health Order to exert all efforts to keep businesses operating, students in classrooms, and avoid closures. Indoor events, outdoor events, and public gatherings are not allowed, and restaurants and bars that serve food may not offer live music or other live performances.

“We urge residents not to ignore our responsibility as individuals and as a community to keep our families, friends, and employees healthy and our economy running,” said Scott McInnis, Chairman of the Board of Mesa County Commissioners.

The new orders this weekend significantly increase restrictions over two weeks ago, when public gatherings were subject to capacity limits instead of being completely banned.

As readers know, the current surge in positive COVID-19 cases in Mesa County comes after the area’s Republican political leadership spent the spring and summer resisting public health measures to combat the spread of the virus. Mesa County was specifically cited by Colorado Senate Republican leaders in their angry letter to Gov. Jared Polis back in March as an example of “overreach.”

Is Mesa County the only place in Colorado with elected leaders who should be eating their words about COVID-19 today? Of course not. The politicization of what should never have been a political issue has resulted in elected leaders from the President on down making decisions completely at odds with their responsibility to protect the public. In turn, the public treats the pandemic seriously based on their own political affiliation instead of what’s needed to remain safe. The political divide over responding to the pandemic has severely compromised the effectiveness of prevention efforts, in addition to forcing well-intentioned leaders like Gov. Polis to make unscientific concessions–and even hesitate to act in the pandemic’s successive waves.

From the White House to the Colorado Senate to the Mesa County Board of Commissioners, the emerging hard reality is that we could have beat this pandemic if it hadn’t become a political football in the spring. We could have controlled the spread before it became uncontrollable, and shortened the pain of restrictions that must now go on indefinitely until a vaccine becomes available.

But we did not, and now the price will be paid without political distinction.