MesaGate: When The “Truthers” Turn The Cameras Off 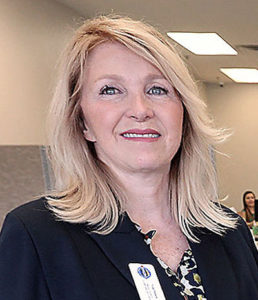 The Mesa County Clerk’s Office allowed an unauthorized person into sensitive areas where its election equipment is located, had turned off surveillance cameras that were supposed to be monitoring those machines and failed to show proper chain of custody after new software was installed, The Daily Sentinel has learned.

That means that 41 individual scanners, servers, tablets and other election equipment that the clerk’s office owns cannot be used. How much it would cost the county to either replace them or find a way to get them re-certified is unknown. Altogether, they are worth hundreds of thousands of dollars.

Everything reported so far points to Mesa County Clerk Tina Peters’ direct involvement in the breach of security in May during an update of election hardware that resulted in passwords being leaked to the right-wing blog Gateway Pundit by way of infamous 8chan founder and suspected QAnon puppeteer Ron Watkins. But perhaps the most damning evidence yet directly implicating Peters’ office was disclosed in today’s report:

The order says that Peters or someone else in her office order that those cameras be turned off before that installation occurred. They were not reactivated until sometime in August, “which is inconsistent with the department’s understanding of the normal course of business practice in Mesa County.”

As with every criminal investigation, there are degrees of culpability to consider. It would be one thing for an outside operative to steal sensitive information without Clerk Peters’ knowledge. Just providing that unauthorized person access to breach security is bad enough, of course, but the question now becomes whether or not Peters allowed or even intended for that third party to leak it.

Turning the cameras off strongly suggests either Peters or someone in her office was in on the whole thing.

Again, and it’s necessary to say this every time so there’s no confusion: these passwords could not have been used to change the results of any election. These are by all accounts local-only passwords for hardware not even connected to the Internet, which means no one outside the room could do anything with them to tamper with election results. That’s why it’s so important to know who’s in the room.

At this point, there’s no question that the criminal investigation underway by Mesa County’s Republican DA Dan Rubinstein is necessary–and we hope Rubinstein can carry it out impartially. Rather than proving election fraud, which nothing they uncovered proved, Clerk Peters and her unhinged band of conspiracy theorist friends may have shown once again how far Republicans are willing to go to prove that election fraud is possible despite any evidence it is actually occurring.

Far enough to make criminals of themselves.