What Did Mesa County’s Q-razy Clerk Do? 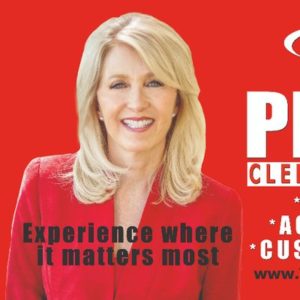 Media outlets across the state are alight this morning over allegations that GOP Mesa County Clerk Tina Peters may have been involved in a serious breach of election systems security that resulted in alleged passwords to access voting equipment posted on the conspiracy theory blog Gateway Pundit and elsewhere. The Grand Junction Sentinel’s Charles Ashby:

Secretary of State Jena Griswold issued a direct order to Peters early Monday demanding that she disclose surveillance recordings and other documents related to the illegal release of passwords to Mesa County election computers, including detailed information for an unknown employee who may or may not work for her who Peters allowed to have access to sensitive election information…

“This is a very serious breach in chain-of- custody and security protocols, Griswold added. “If the Mesa County clerk cannot show proof in the chain of custody or if the voting equipment after inspection, if there is anything that comes to our attention, the voting equipment will be decertified.”

Griswold also said that possible criminal charges could be filed as a result of the security breach, but declined to say whether Peters herself or someone else in her office could held liable pending the outcome of her office’s investigation.

The Denver Post’s Justin Wingerter has additional details on the alleged breach:

Secretary of State Jena Griswold believes the alleged breach occurred May 25 during the installation of new Dominion Voting Systems software. On Aug. 2, images of the software were posted to the social media site Telegram and conservative blog The Gateway Pundit. Dominion has been a target of conspiracy theories that claim it changed votes in the 2020 presidential election.

The social media and blog posts do not mention Colorado or Mesa County but, according to Griswold’s order, the images include “passwords specific to the individual hardware stations of Mesa County’s voting system.”

Here’s the most important point: the Sentinel reports that the passwords leaked online are useless for anyone not physically present in front of a Mesa County elections workstation. The password is not for a remotely accessible login to any election system because the machines are not connected to the internet. That means all the contentions made by Gateway Pundit, et al are made up.

Mesa County Clerk Tina Peters revealed herself as an unapologetic 2020 election dead-ender in January despite her firsthand experience with Dominion Voting Systems election hardware used by her and almost all 64 counties in Colorado. Peters joined in the online pile-on against Denver-based Dominion executive Eric Coomer over libelous fiction that Coomer helped steal the election, and called the results in 2020 “fraud on a grand scale.”

With all of these facts in view, it is not at all inconceivable that Clerk Peters might have given an outside party passwords or the means to obtain them in order to prove the conspiracy theory she has already alleged involving Dominion Voting Systems. In Peters’ response to the order from Secretary of State Jena Griswold, there’s a hint that Peters knows very well what’s going on:

“Confidence in the election process is paramount,” she said. “The citizens of Mesa County have been critical of election integrity. They have brought me their concerns and I have told them I will do everything in my power to protect their vote.”

“Protecting the vote” by undermining election security? Talk about destroying the village in order to save it. If that’s what happened, it’s another stunning case of Republicans wishing so hard for election fraud they have to do it themselves.

Stay tuned, this story could turn explosive at any moment.