Voter Suppression IS THE GOAL for Republicans

Losing the 2020 Presidential election has led many Republicans across the country to confront an uncomfortable truth: A majority of Americans just don’t like them.

For these Republicans, the solution to their electoral problem is not to find a better way to connect with voters or to adjust their policies or campaign strategies. Instead, their answer is to disenfranchise those pesky voters who refuse to support them. This is not hyperbole; Republicans have introduced more than 250 bills in at least 43 states that are blatant and obvious attempts to make it harder to vote. This devious strategy isn’t working in states like Colorado, but disenfranchisement has found smooth sailing in states such as Georgia.

Republicans have been defending these atrocities by hiding behind the suggestion that many Americans have lost confidence in our electoral process. Of course, the reason some Americans might say that they have lost confidence in elections is precisely BECAUSE Republicans keep telling them that they should no longer have confidence in our elections. This is The Big Lie that former President Trump initiated in his final months in office. Most of the GOP candidates for State Party Chair in Colorado campaigned primarily on this premise.

There was a time when Republicans used to dance around the topic of disenfranchisement with a “nudge nudge; wink wink” argument focused on trying to prevent the kind of widespread election fraud that already doesn’t happen. But in the months following the 2020 election, Republicans gradually stopped being quiet about the quiet part. In the last two weeks, two different columnists writing for the conservative National Review have directly posited that it would be preferable if America just stopped letting so many people vote altogether.

In a March 31 column laughably titled, “Not Everyone Should be Made to Vote,” Dan McLaughlin argues that it is wrong to encourage people to vote if they are not already interested in voting. You don’t need special glasses to read between the lines here. 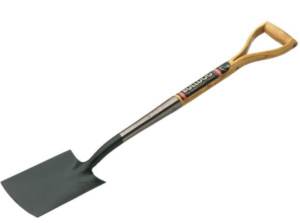 This is a spade.

On Tuesday, Kevin D. Williamson took this theory a step further in a column titled, “Why Not Fewer Voters?” that is breathtaking in its horribleness:

There would be more voters if we made it easier to vote, and there would be more doctors if we didn’t require a license to practice medicine. The fact that we believe unqualified doctors to be a public menace but act as though unqualified voters were just stars in the splendid constellation of democracy indicates how little real esteem we actually have for the vote, in spite of our public pieties.

Right. We should have some sort of pre-voting exam before we hand someone a ballot. What could we call such a thing? Oh, let’s see…how about a “literacy test”?

The heart of Williamson’s position is more direct than what McLaughlin writes, but it’s the same argument: Only “good” voters should be allowed to vote because only “good” voters know what’s best for you.

If the question is the quality of policy outcomes, then both major camps have reasons to dread genuine majority rule. Conservatives ought to at the very least be mindful of the fact that if policy truly represented the preferences of the average American, then we would have fewer economic liberties and diminished Second Amendment rights; progressives should consider that if policy actually represented the preferences of the average American, then abortion rights would be limited and tax hikes would not fly, while we’d be spending more money on the Border Patrol and less on welfare as work requirements reduced the rolls.

What Williamson is saying here is really not that different from what many Republicans have been muttering since before Joe Biden was inaugurated as President: The only fair and just election is the one in which Republicans win. Period.

If you have a problem with that…well, keep it to yourself. When big corporations such as Coca-Cola and Delta Airlines started speaking out against Georgia’s new voting restrictions, Senate Minority Leader Mitch McConnell responded by threatening them to stay quiet. Or as Ohio Republican Rep. Jim Jordan wrote on Twitter, “Get woke. Go broke.”

If certain Republicans are no longer going to pretend that they aren’t trying to suppress the vote in future elections, then the rest of us no longer need to pretend that we don’t see exactly what they are doing. It is at once horrifying and liberating to see all of the cards on the table.